Base Registries Access and Interconnection Framework (BRAIF) aims to guide on the creation of an ecosystem of interconnected base registries which exchange data and, therefore, facilitate the set up of integrated public services.

In the context of the European Strategy for Data, BRAIF supports its implementation by provision to Member States of a set of good practices in the area of base registries interconnection, allowing secure cross-border sharing of data, and establishing a base for the future European Registry of Base Registries.

The current state of Base Registries in Member States indicates they are in different phases of maturity, hindering, thus, their ability to implement any common data framework. Here you can see how the move from a legacy environment to a future state of affairs should look like.

The purpose of BRAIF is to help overcome the barriers which can hinder the process for reforming the state of Base Registries in Member States, by providing the support in the following aspects: 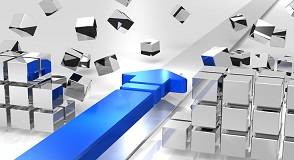 In order Member States to be able to:

BRAIF provides detailed guidance to public administrations on what elements should be present in an optimal scenario in their base registries and registry of registries, and for the implementation of cross-border access and interconnection of Base Registries.

It is recommended to read the whole document and find those examples and recommendations which will be the most efficient in the country in question.  However, the main steps are presented below: