For this release, new features relating to workflow, new formats (schema, ATOM), or the possibility to manage the visualization of the items depending on their status, have been developed. Also, issues related to visualization problems, item version numbers, item breadcrumbs have been fixed as well as other issues.

A set of new features has been added to the application: 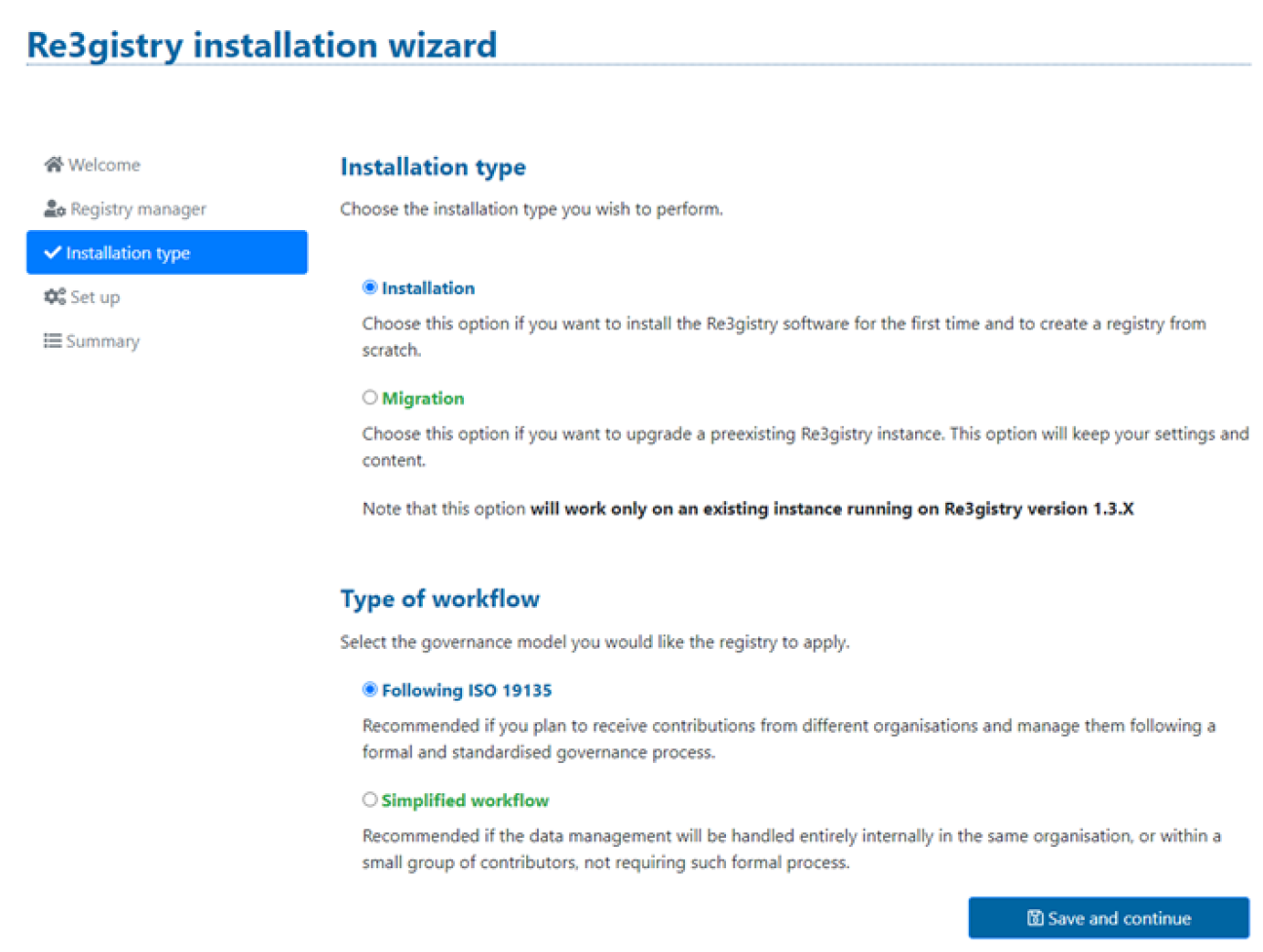 Furthermore, new formats are now supported, such as the schema or ATOM format. Additionally, many errors related to the creation of files with a selected format, item searches, and the generation of caches have been fixed.

The visibility of the change proposals can be configured in the status table. For example, change proposals marked as draft or submitted might be accessed through the API or the web application, if desired.

Now it is possible to show just the active languages in the language selector of the web application.

These and other improvements have been made for this major release. You can check all of them in the release changelog.
Feel free to test it before it is released (within 1 week of the pre-release publication).

You can collaborate and be part of the community in the Re3gistry GitHub repository.

If you want to give us general feedback about the pre-release, you can do it in the dedicated pre-release discussion, or if you find some bugs or wish to request new features, please do so through the helpdesk.

If you are interested in this software, please follow the corresponding section in the documentation, depending on whether you want to create your own Re3gistry instance, help in the development, or utilize the tool as an end user.