The Ele.C.Tra project aimed to test a new model for urban transport, giving useful solutions to citizens’ accessibility needs that cannot be fully solved by local public transport systems, while at the same time reducing polluting emissions within city centres. To do so, the ten European cities involved in the project put into place technological measures, policies and incentives to promote the use of agile electric vehicles (electric scooters) for citizens and visitors.

The Ele.C.Tra project was organised in association with (and partly funded via) the European Commission’s Intelligent Energy Europe (IEE) programme. From 2003 to 2013, IEE offered help and funding to organisations looking to improve energy sustainability. The programme’s aim was to create an energy-intelligent future for citizens within the EU and beyond, looking to help the European community reach its 2020 targets of a 20% cut in greenhouse gas emissions, a 20% improvement in energy efficiency, and a 20% share of renewables in EU energy consumption.

Ele.C.Tra targets commuters and tourists who need an agile way to move around cities with mild climates, such as those in the Mediterranean region, in ways that conventional public transport cannot meet. The project also aims to reduce the amount of CO2 emitted by traffic. The aim is to raise awareness amongst citizens and tourists of ways to change their daily behaviour to promote sustainable activities. The project also encourages public bodies and other stakeholders – transport operators, associations, universities and private firms – to introduce other low-carbon means of transport, such as electric cars and buses.

The project started with three pilot cities (Genoa, Florence, and Barcelona), and was later extended to a further seven urban areas (Suceava, Malta, East Attica, Murcia, Skopje, Zagreb, and Lisbon). The immediate aim was to increase the use of electric scooters in urban areas through short-term sharing and longer-term rental. The target was to replace 10% of each city’s conventional motorcycle fleet with electric scooters by 2020.

To achieve this, each city authority strove to reach agreements with vehicle providers such as manufacturers, dealerships, and rental shops, and created an infrastructure that favoured the use of the scooters. Facilities included new charging stations, pick-up and drop-off points for scooter rental and sharing, and public parking spaces dedicated to electric vehicles.

The municipalities associated with the project also sought to promote the use of electric vehicles over traditional fossil-fuelled transport through awareness campaigns, special events, and electric-vehicle-friendly measures and policies. The latter included cut-price or free parking, exclusive access to traffic-restricted zones, and reduced road tax for electric vehicles.

The project organisers created a website that serves the double function of a hub for participating municipalities and a display window for users. The website contains links to news, events and reports about the project, as well as a link to an online mapping service that shows users the locations of dealerships, charging stations, and sharing points for electric scooters within each city.

The organisers also commissioned a smartphone app that provides users with information about the project, including maps. 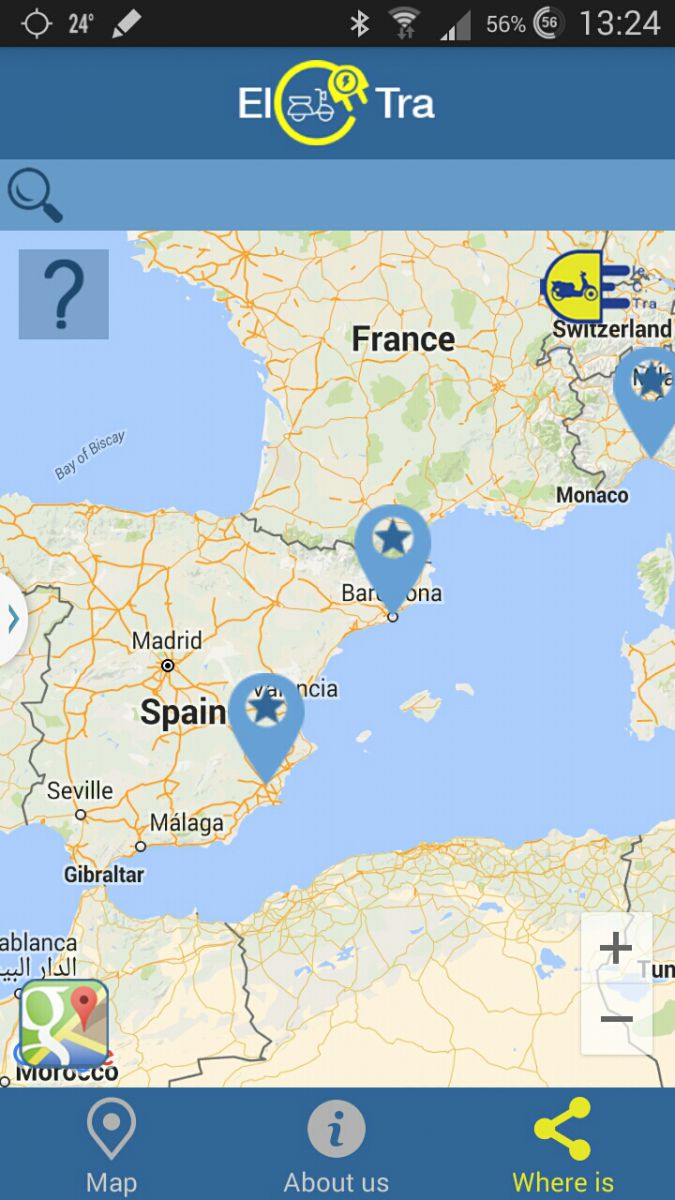 With regard to sharing, the project aimed to develop a standard structure with common characteristics for all the cities involved. This structure is equally suitable for export to other cities or regions, and could be used as a base to develop future enhancements involving other means of transport such as electric bikes, buses, and cars.

The organisers also collected data on the specific characteristics of each city. This data includes the demand for mobility flows, the influence of local bus and metro networks, and the transport needs of citizens and tourists as revealed during the project. This data was shared with every city involved in Ele.C.Tra, and was also made public for the benefit of others municipalities or regions contemplating similar plans.

In general, the main lesson learnt was that cities are not yet ready for a large influx of electric vehicles. The pilot cities discovered especially that charging stations were insufficient in number. Florence, for example, plans to nearly double the number of charging stations, from 126 to 214, over the next few years as a result of experience gained through Ele.C.Tra.

Municipalities also found they would have to adjust the locations of pickup and drop-off points for shared electric vehicles. Although airports and bus and train stations were obvious choices, organisers discovered that hospitals, university hubs and shopping malls were also in high demand by users.

On a positive note, the results from the project are optimistic. They indicate that it is possible to significantly reduce CO2 emissions, while at the same time improving traffic flows and saving fuel by favouring the use of electric scooters over more traditional means of transport.