Spain's SVD (Data Verification System) allows any public organisation to verify a citizen's information when he or she initiates an administrative proceeding. This frees the user from having to present accreditation (such as personal identification documents or proofs of residence) if they have previously done this for another public organisation.

This platform was created as a response to the need to simplify the relationship between users and the administration. SVD intends to help public administration entities comply with Law 30/1992, published in November of 1992, and Law 11/2007, published in June of 2007.

Law 30/1192 refers to the right of users to not have to present the same document twice to the "acting administration", i.e. the organisation that originally requested it. Law 11/2007 covers the administration's obligation to electronically access documentation that a user has presented to a public organisation in prior proceedings, as long as the user gives his or her explicit consent for this.

SVD allows any public organisation that subscribes to the service to verify user data without requiring extra copies of documentation, thus allowing the organisation to comply with the both laws mentioned above.

This platform is aimed at public organisations that interact with the public and often require citizens to identify themselves before they initiate proceedings.

SVD is an online platform that uses standardised Service Oriented Architecture as described below. It is designed to accommodate every public organisation in Spain.

Regional governments and town halls are required to sign a standardised framework agreement to gain access to the network.

After filling in a form and signing it electronically, the organisation is granted access to the platform.

The back end to the platform is written in Java, and XML is used for all data exchanges. The front end is web-based and built over a services-oriented architecture. All documents are embedded into digitally signed XML using XMLDsig, and are exchanged over secure SSL-encrypted channels to ensure confidentiality.

The service provider uses electronic certificates to guarantee its identity, and all transactions are timestamped by a Time Stamping Authority (TSA).

SVD provides a normalised and secure service for personal data verification for all the organisations that subscribe to the service. It helps reduce the volume of paper, and simplifies proceedings by allowing automatic online validation.

This works both ways: the number of certificates town halls and regional governments have had to issue has also gone down by the same amount. All of the above has had a net positive impact on expenditure and is also more environmentally friendly.

It has also allowed a large number of public organisations to pool their resources and share user documentation. As of the first semester of 2016, there are over 70 organisations using the service.

SVD also simplifies and speeds up the proceedings for the end user, reducing the number of documents a citizen has to collect before initiating a transaction with a public organisation.

The service has reached maturity, and is used on a day-to-day basis for filing taxes; requesting birth, death and academic certificates; paying traffic fines; and so on. 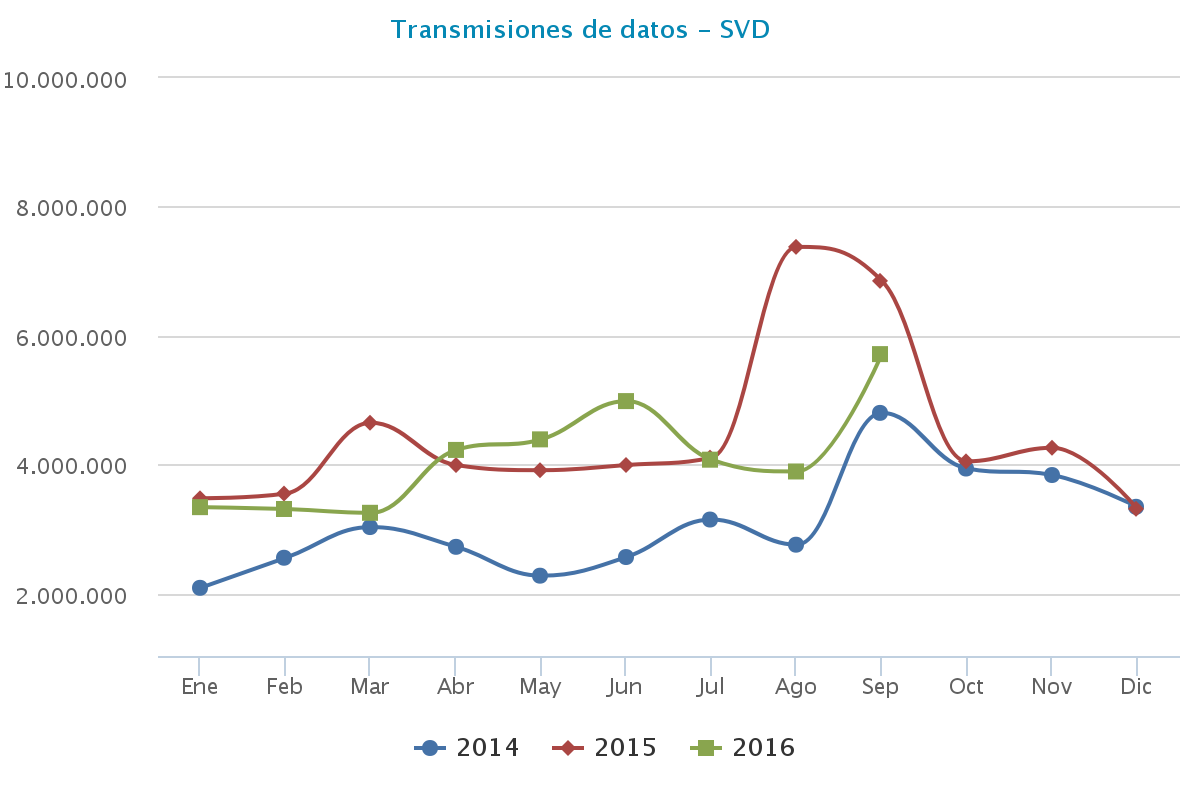 Since SVD is deployed in the form of Software as a Service, the accessibility of its source code is less important than the repository of culled documents, the ease with which organisations are able to sign up to the service, and how the collected data is accessed.

As mentioned above, the procedure for signing up is straightforward and requires at most three steps, most of which can be done online. Furthermore, all the documents collected by a newly signed up organisation go into the communal database and are shared automatically across all other organisations.

For organisations wishing to join the service the PAE (Electronic Administration Portal) provides examples and templates of code for electronic forms that can be integrated into applications used by local administrations. The PAE offers PDF manuals describing the protocols and procedures required to hook up to the service, and different datasets with which to run tests.