Municipalities in Bulgaria are encouraged to get EU funding to construct public Wi-Fi networks. The Ministry for ITC (MTITC) has invited all of the country’s mayors to a briefing in Sofia next week. At the meeting on Tuesday, the Ministry will also showcase its geographic information system (GIS)-based portal where municipalities can register planned and existing construction of telecommunications networks.

MTITC wants municipalities to apply for Wifi4EU vouchers (worth EUR 20,000) to pay for the installation of Wi-Fi equipment in public spaces such as parks, squares, public buildings, libraries, health centres, and museums. 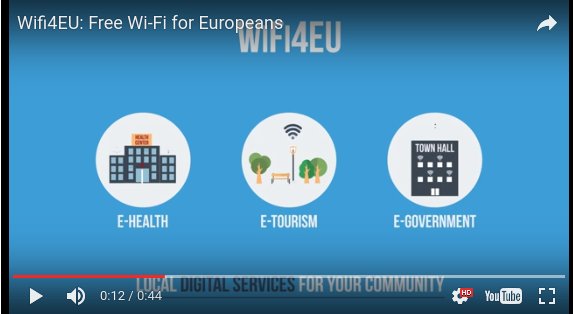 The EC announced the EUR 120 million budget Wifi4EU scheme in September 2016. The project aims to fund Wi-Fi equipment and installation costs for some 6,000 to 8,000 local communities before 2020.

In July, a similar call for participation was launched by the Italian government. Italy’s project, named Wi-Fi Italia, will create a federated network of new and existing Wi-Fi hotspots across the country.