‘From a paper to a digital Poland’

The government want to digitise key public administration services, the Ministry of Digital Affairs announced on 20 June, presenting its work plan, titled “From a paper to a digital Poland”. The document details plans on eID, healthcare services, social services, ePayment and eInvoicing systems, and services to lessen public administration demands on business. 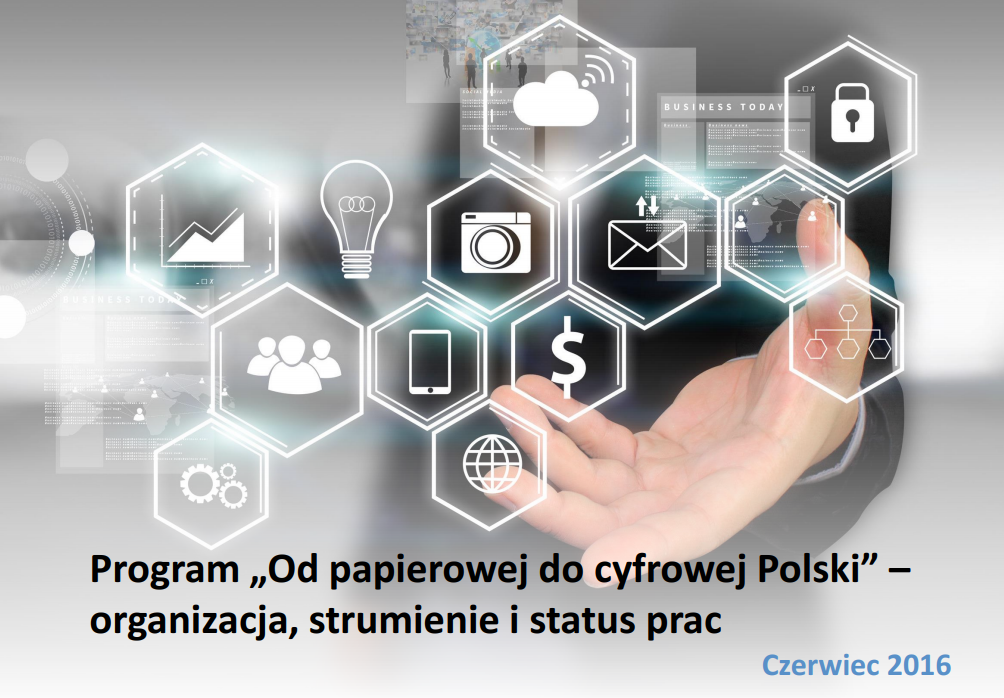 By 2020, for example, Poland wants 60% of invoices to be managed electronically. This should boost the economy, help with tax collection and make government transactions and expenditure of public finances more open. Such measures should also reduce the cost of public administration, and boost the participation of Polish companies in cross-border public procurement bids, raising their competitiveness in the European digital market.

Concretely, goals include government simplification, the creation of a single portal for eGovernment services, and providing citizens with a central messaging (mailbox) facility to manage interactions with public administrations.

Work will start with a first batch of 50 eGovernment services. A second wave of 30 other such services will first require changes to laws and regulations. The ministry hopes to have updated rules in place within a year.

“From a paper to a digital Poland”, is a reference to the country’s 14th century King Casimir III, who, according to medieval Polish historian Jan Długosz ‘inherited a wooden Poland and left it made of bricks’.

Announcement by the Ministry of Digital Affairs (in Polish)
From a paper to a digital Poland (PDF, in Polish)