Study: ‘Sweden falling behind in eGovernment’

Sweden lacks a national eGovernment infrastructure, a government-commissioned study concludes. The country has so far placed the creation of eGovernment services in the hands of agencies and local public administrations, and this approach is reaching its limits. 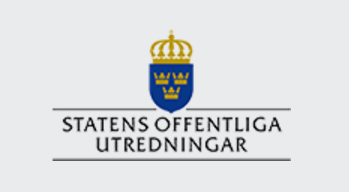 The government expert study recommends redefining and reassigning responsibilities for eGovernment services, and the creation of a central eGovernment agency to support all other public administrations.

The benefits of a central government digitisation programme include country-wide adequate access to IT infrastructure, increased efficiency of core services, better data-protection, improved coordination and procurement support - including for innovation and the use of technology-neutral solutions.

The experts advise that the government’s digitalisation department should be up and running by summer next year. Responsibilities of the new agency should include the managing of Mina Meddelanden and Min myndighetspost, two digital mailbox services currently offered by agencies and local administrations.

In its announcement, the Ministry of Industry welcomes comments and feedback on the study.

digitalforvaltning.nu (digital administration now) (PDF, in Swedish)
Blog post by the Ministry of Industry (in Swedish)