The Swedish government wants to know if a separate eGovernment agency would help improve management of collective, national digital services. The agency is to organise cooperation and collaboration across government agencies.

A feasibility study into the eGovernment agency was announced by Sweden’s Minister for Public Administration Ardalan Shekarabi on 24 November. A first report is to be given by mid-March, and the final conclusions are to be presented at the end of 2017. 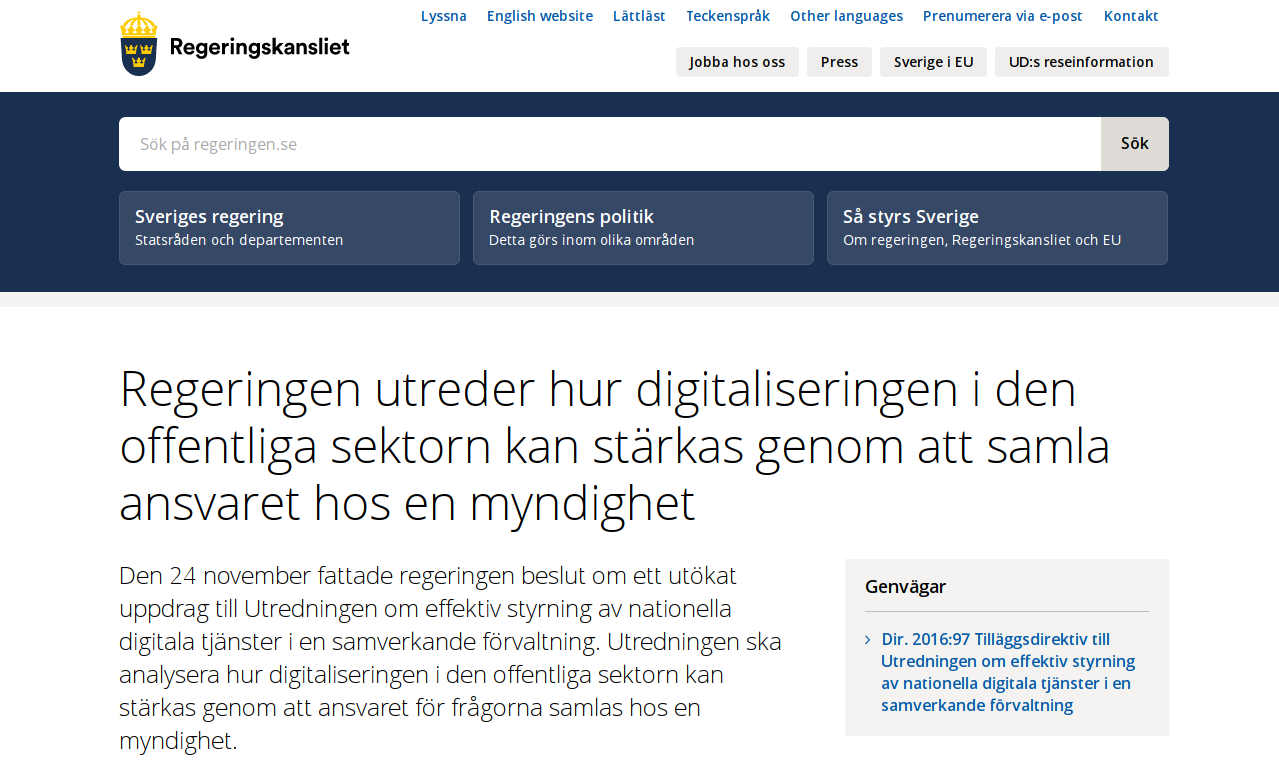 The announcement includes a directive, detailing the questions to be answered by the feasibility study. For example, the ministry wants to know if it is necessary to make changes to laws and regulations, in order to create an eGovernment agency.

The study is an extension to a task given to a ‘special investigator’ in May, the Ministry for Public Administration writes in its announcement. The investigator is to submit proposals on how to develop, deploy and manage national digital services.

Announcement by Sweden’s Minister for Public Administration (in Swedish)
Directive (PDF, in Swedish)