On 26 July, Belgium’s Walloon Region unveiled the update of its WalOnMap geoportal, which provides access to all of the region’s public geodata. The site is to handle a catalogue of geodata managed by the Region’s authorities and public administrations. The geoportal also includes a maptool, which lets visitors view dynamic maps. 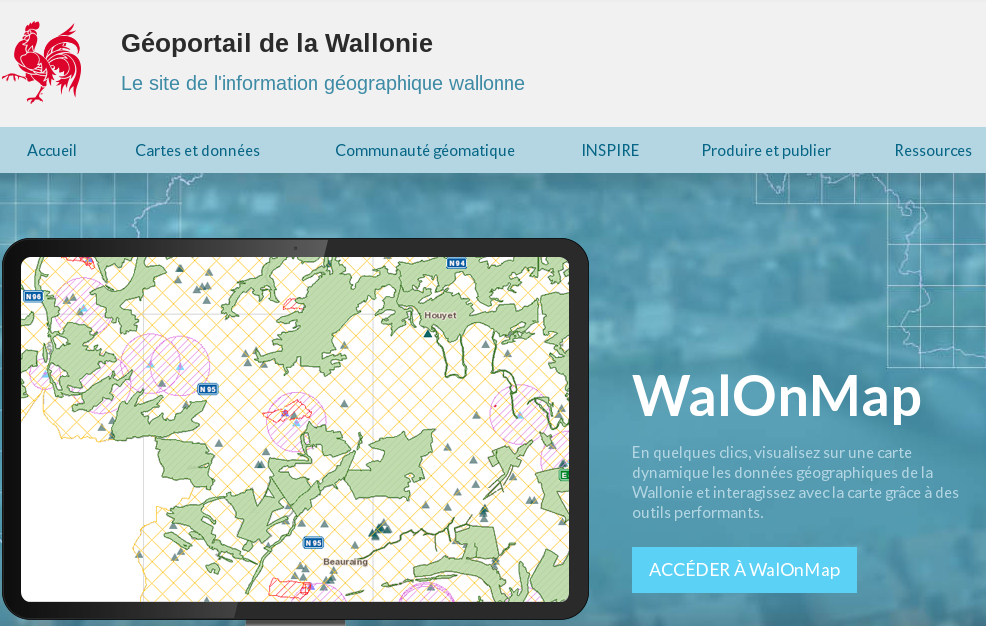 One of the main tasks of the WalOnMap geoportal is to manage and provide access to the region’s inventory of geodata. All data is to be made available for download, or to be accessible directly via webservices. The second goal is to view geographic data on a zoomable and searchable map, allowing visitors to see for example cadastre data, Natura 2000 areas, public transport stops and historic maps.

Other services offered by the Geoportal of Wallonia include:

WallOnMap is a part of the ambition of the Region’s Digital Wallonia strategy, writes the regional government. This strategy aims to accelerate digitalisation and the online availability of public services.