The Hospital de Cerdanya/Hopital de Cerdagne in Puigcerdà, a Spanish town on the border with France, serves a mountainous area that is inhabited by about 32,000 residents. Since its opening in September 2014, the health care centre has attracted more Spanish (80%) than French (20%) patients. “French users perhaps need to become familiar with the Spanish health care systems”, said Cruz. One thing they don’t need to worry about is differences in patient data protection regulation - the hospital’s new information system will be able to handle both approaches. 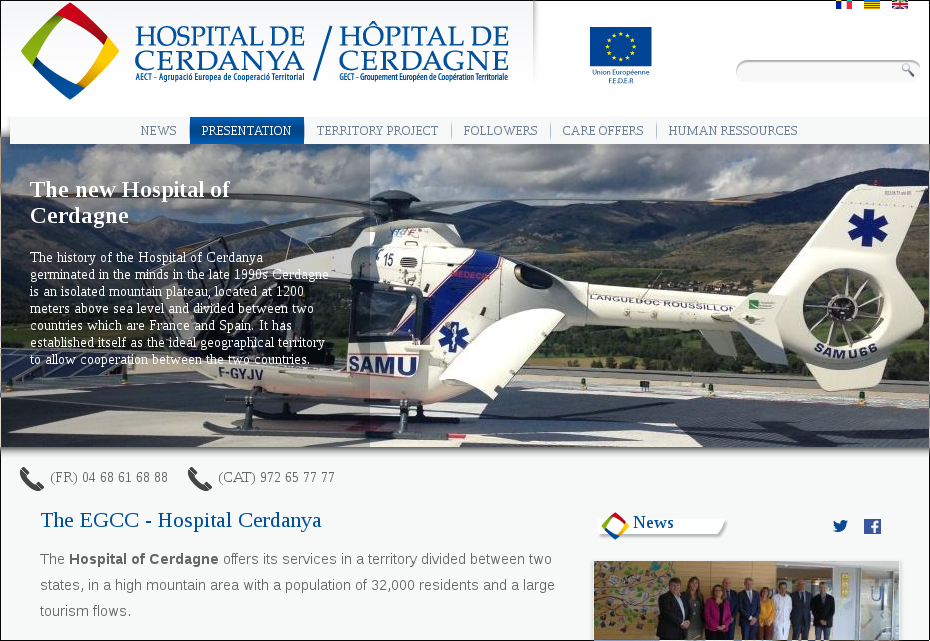 Cruz mentioned the Cerdanya/Cerdagne hospital on 20 September at a conference organised by the European Commission and the Committee of the Regions. Differences in administration can hinder cross-border cooperation, Cruz said. In France, many government services are centralised, while in Spain the same services are the responsibility of a region - in this case the Catalan health service. “The Cerdanya/Cerdagne hospital clearly shows that cross-border collaboration can overcome such hurdles.”

The hospital combines health care and administration systems from both countries, says Cruz. The hospital would not be viable if it served only Spain, or only France, he said.

The hospital employs Spanish and French medical staff. The plan to build a cross-border hospital dates from the late 1990s. The European Regional Development Fund (ERDF) funded 60% of the construction costs. The autonomous region of Catalonia (60%) and France (40%) financed the equipment.