Switch to the latest release
Permalink
3 years ago

About the European Interoperablity Reference Architecture

In the period September 2014 – May 2015, a number of pilots (see pilot report) were conducted using the EIRA with public administrations in Denmark, Estonia, and The Netherlands, and with European Commission Directorate-Generals DIGIT, CONNECT (e-SENS project), and MARE.

This release incorporates the feedback received from participants of the EIRA/CarTool pilots conducted with public administrations of Member States and EU Institutions in 2015.

It consists of the following release components:

On 8 June 2015, this release (EIRA v0.9.0 beta) entered a public review period. Stakeholders working for public administrations in the field of architecture and interoperability are invited to provide feedback until 30 September 2015.

How can you help?

What happens with your feedback? 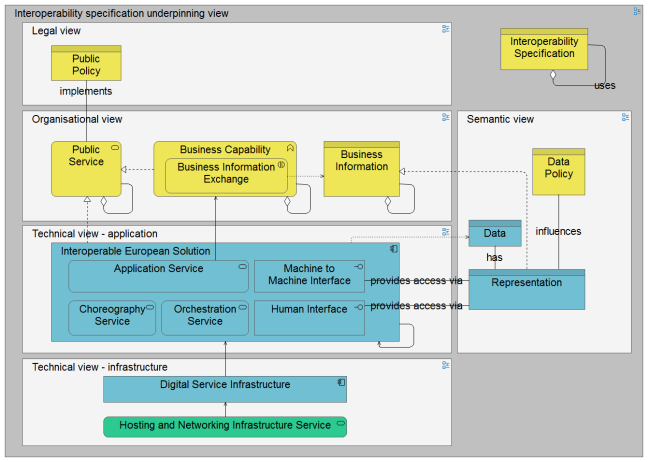 ArchiMate® and TOGAF® are registered trademarks of The Open Group.

ArchiMate© and TOGAF© are copyright of The Open Group. All rights reserved.

Archi® is a registered trademark of Phillip Beauvoir.