The Test Bed’s validators are proving to be a very popular service, recording millions of downloads and use in more than seventy countries. 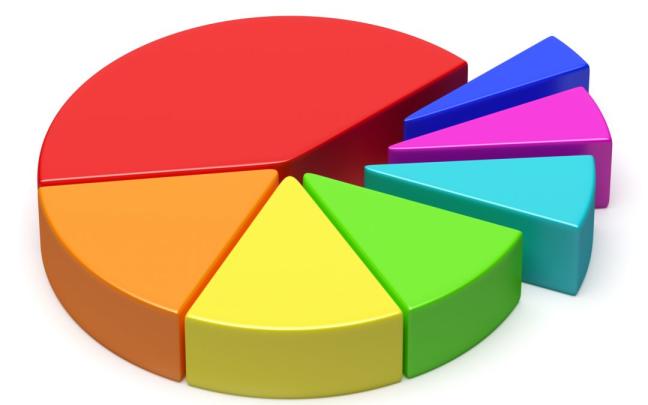 The Test Bed’s validators are popular components used to complement specifications with online, intuitive validation services. The Test Bed offers ready to use components for RDF, XML, JSON and CSV data that can be configured by users and customised as needed to support their target specifications. Validators can then be set up “as-a-service” and managed by the Test Bed team, or deployed on the users’ own infrastructure if full operational control is preferred.

The base validator components for each syntax are published as open-source software on GitHub, with ready-to-use packages defined as Docker images and published on the Docker Hub (see here for RDF, XML, JSON and CSV). These components are licenced with the permissive EU Public Licence (EUPL), making them free to use and configure as users see fit. When using validators as components for on-premise setups there is no need to get in touch with the Test Bed team, but known cases already show multiple such deployments in International Organisations, National Public Administrations and Non-Profit Organisations. In fact the Test Bed’s RDF validator based on SHACL shapes, arguably the most popular of the Test Bed’s validators, has to date more than two million pulls from the Docker Hub. Even though such numbers don’t represent distinct installations they do highlight the Test Bed validators’ increasing popularity.

Numbers such as the above indicate the use of validators as software components, downloaded and deployed by users on their own infrastructure. The counterpart to such services are the validators that are managed by the Test Bed “as-a-service”. Such validators typically address specifications that are, or relate to, European standards and cross-border interoperability projects, of which the list of supported specifications is steadily growing.

Aside of the range of specifications supported by validators, what proves to be even more interesting is their increasingly widespread use. Getting usage information for validators was made possible through a new statistics-collection feature introduced with the validators’ 1.1.0 releases. This allows us to measure which validators are most popular as well as the validation options and interfaces that are being used the most. Most interestingly however we can now see the countries from which these validators are being used to trigger validations. At the time of writing this article, validators are used from more than seventy countries, including most EU Member States but also numerous countries from the Americas, Africa, and Asia. 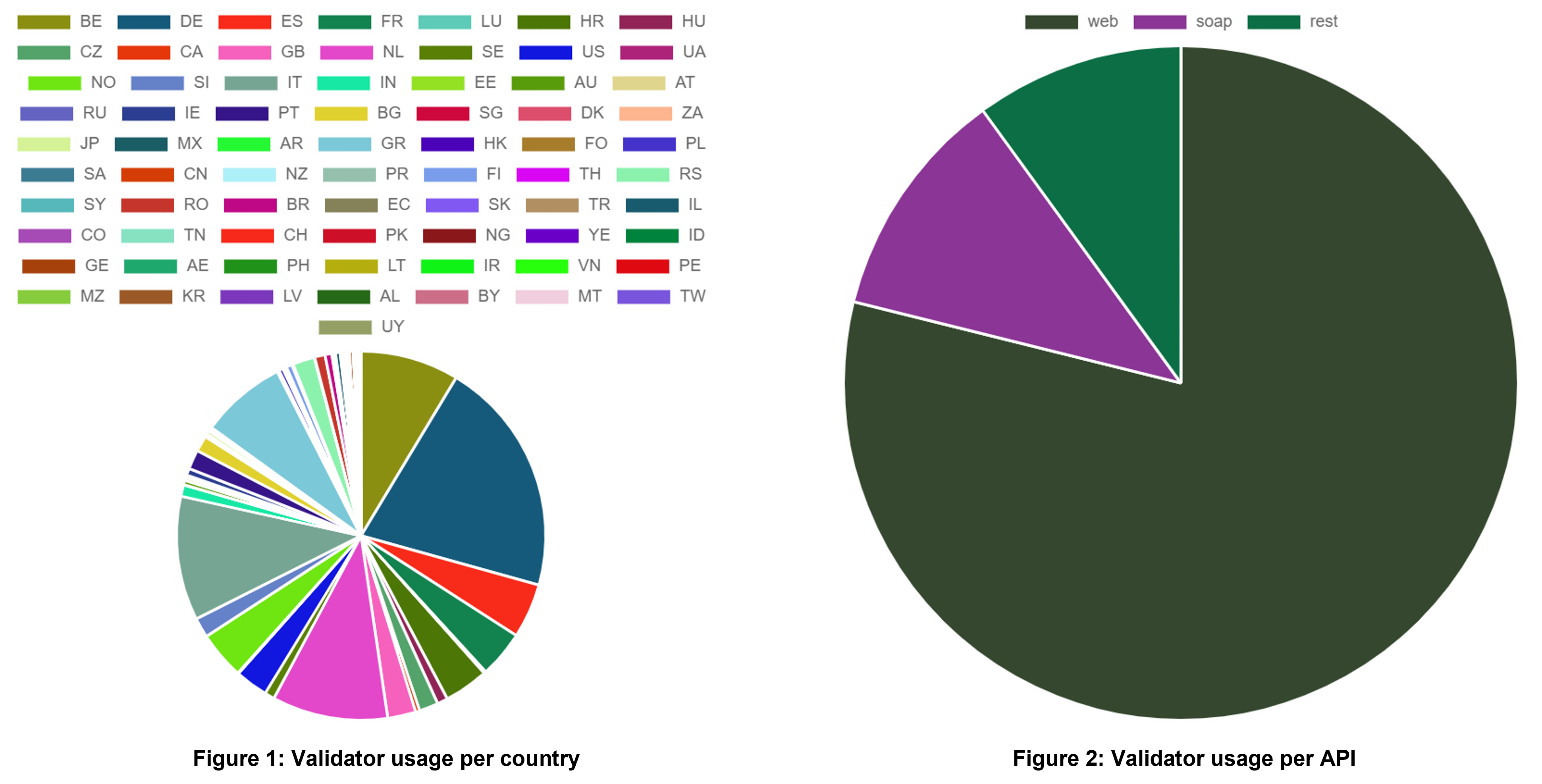 Regarding validator popularity (see figure 3 below), we see that XML validators are clearly the most used, followed by RDF validators. When checking the specific configurations (see figure 4), the most popular ones based on XML are the eInvoicing and ESPD validators, whereas for RDF clearly the most used is the validator for DCAT-AP. Significant usage is also seen for the Test Bed’s generic validators per syntax such as the XML validator, RDF validator and JSON validator, which have also recently been made available in all EU official languages. In terms of how validators are being used, i.e. the selected validator APIs (see figure 2 above), most common are the provided web user interfaces, however we also see significant machine-to-machine integrations through the validators’ SOAP and REST APIs. 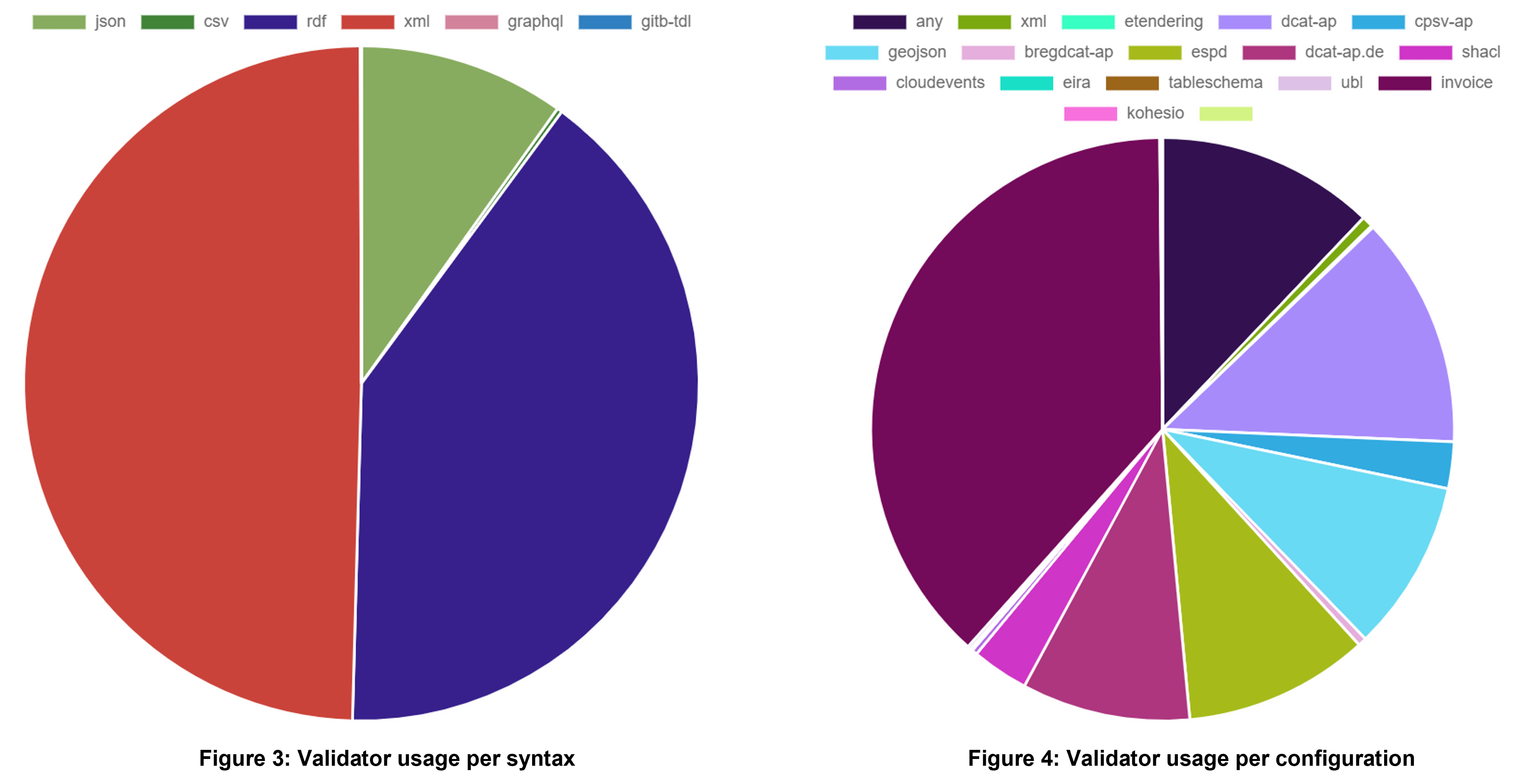 Looking at total validations over the past few months (figure 5 below) we typically see these ranging from 1400 to 1800 per month. Note that the lower totals from July through September are due to the fact that statistics’ collection started mid-July 2021 and was enabled for all validators only as of October 2021.

As mentioned previously, these usage statistics refer to the validators hosted on the Test Bed itself. Nonetheless similar statistics can be collected from validators deployed on-premise on users’ own infrastructure. To facilitate this, the Test Bed team has recently published a detailed guide that explains the steps needed and available configuration options. It is important to note that collecting such statistics is fully aligned with the validators’ design principle of being used in a fully anonymous manner. No information is ever collected that can be used to personally identify or locate users, with the focus always being on how validators are used rather than by whom.

The usage statistics discussed in this article highlight the popularity of the Test Bed’s validators, both when downloaded for on-premise setups as well as when managed as-a-service by the Test Bed. If you are new to the Test Bed’s validators but believe they could be useful in support of your specifications, be sure to check the validators’ setup guides (for XML, RDF, JSON and CSV validators) to get started. In case you prefer to set up validators on your own infrastructure as discussed earlier, you can additionally refer to the validators’ installation guide that covers simple and complex setups to accommodate various needs. Finally, if you are new to the Test Bed as a whole, you can learn about it through its Joinup space, with its value proposition being a good starting point for newcomers. To remain updated of all the latest Test Bed news: