On January 25th, the ICTU department of Europe will organize an online expert session / Europa Café via TEAMS.

Last November, the European Commission announced “Interoperable Europe”, the EC initiative for an reinforced interoperability policy. Interoperable Europe emphasizes the great value of Interoperability for all its ambitions in the field of digital transformation and government technologies  and  policies by improving public services and quality of life of citizens, improving the exercise of citizenship and the socio-economic development of the European regions. The Member States have also jointly underlined this importance of interoperability in the Tallinn Declaration and confirmed their commitment in the Berlin Declaration on Digital Society and Value Based Digital Government.

The EU has been working on interoperability between the Member States for many years, previously under the banner of ISA (Interoperability solutions for public administrations, businesses and citizens), ISA², and now the Interoperable Europe and has designated an official channel for the exchange of knowledge which will be the Joinup platform! This channel or knowledge platform will also be revitalized under the renewed initiative and become central to the Europe-driven digital transformation strategy of governments with initiatives such as the Digital Europe Programme. 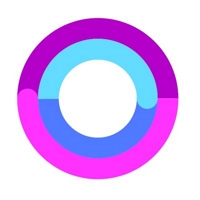 During this meeting, the European Commission will guide you along in the plans and indicate how people from governments within Member States - so as you yourself - can participate in these plans regarding interoperability. Among other things, the EIF (European Interoperability Framework) is getting an upgrade with a new policy.

This will be an interactive session not only  a mere presentation of what awaits us, but also a glimpse in the Commission policies. With an explicit invitation to participate.

Interested in this meeting? Then register by email to europacafe@ictu.nl, you will receive an outlook-invitation with a link to TEAMS. The language in the session will be English.

If you wish, you can share this invitation with interested colleagues who work for the government. They can let us know their interest in participating also via europacafe@ictu.nl. We would like to aim for a maximum of 30-60 participants.

The webinar link will be provided on registration via europacafe@ictu.nl

The event has been recorded. The replay is available at this link. Enjoy!