EU Datathon: launch of ‘The teams behind the apps’ video series

EU Datathon: launch of ‘The teams behind the apps’ video series 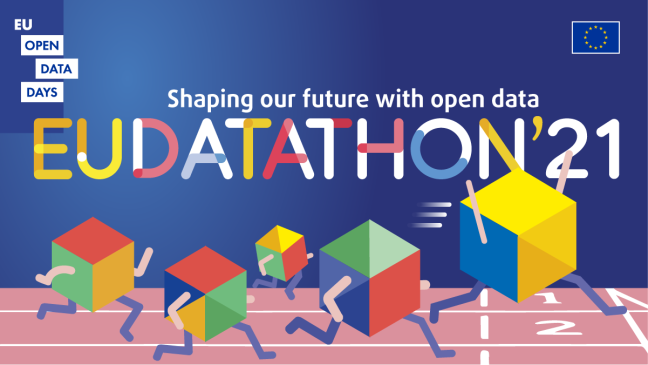 EU Datathon 2021 started in March with the call to data enthusiasts worldwide to propose ideas for applications using open data from the portal data.europa.eu. The preselection jury had 96 app ideas to select from, coming from all over Europe and beyond.

Since June, nine shortlisted teams have been working hard to turn their app ideas into fully functional applications. The final pitch of each team will happen on 25 November, during the EU Open Data Days. The teams compete in three thematic challenges: ‘A European Green Deal’, ‘An economy that works for people’ and ‘A Europe fit for the digital age’.

Launched on 17 September, 'The teams behind the apps' is a series of videos made by the EU Datathon finalists. Learn more about the people and their proposals for apps over nine episodes, every Friday, in a run-up to the final event. And don’t forget: during the finals you can vote for your favourite team and decide who will win this year's Public Choice Award!

Curious to learn more? Subscribe to the YouTube channel of the Publications Office to be notified every time a new video is published. You may also discover all teams and apps via the EU Datathon website.