Joinup constantly aims at improving the quality of its services and of its user experience, in order to keep the pace with users' expectations.

Over the last months, the Joinup Team has been collecting feedback from users regarding their expectations for new or enhanced features and improvements. Based on this feedback -- and capitalising on already planned functionalities to be released in the near future -- a Roadmap has been designed to steer the future developments of the platform.

The image below displays which features will be released over the next months, and in which period of the year you can expect to see their release. Some of them (light blue boxes) are improvements of functionalities that are already present in the platform or were present in the previous version of Joinup; the other (dark blue boxes) are new features which have, so far, not appeared on Joinup. A few upcoming functionalities are displayed in between these two groups, as they encompass both enhanced and totally new features.

The Joinup Team is committed to listening to all users' feedback. If you have any questions about any of the items on the Roadmap, or you wish to submit additional feature requests, you may do so through the Joinup Support contact form, selecting the option "Feature request" in the "Category" field. Alternatively, you could also use the Joinup satisfaction survey.

The team will also keep all users up-to-date with any changes to the release schedule. 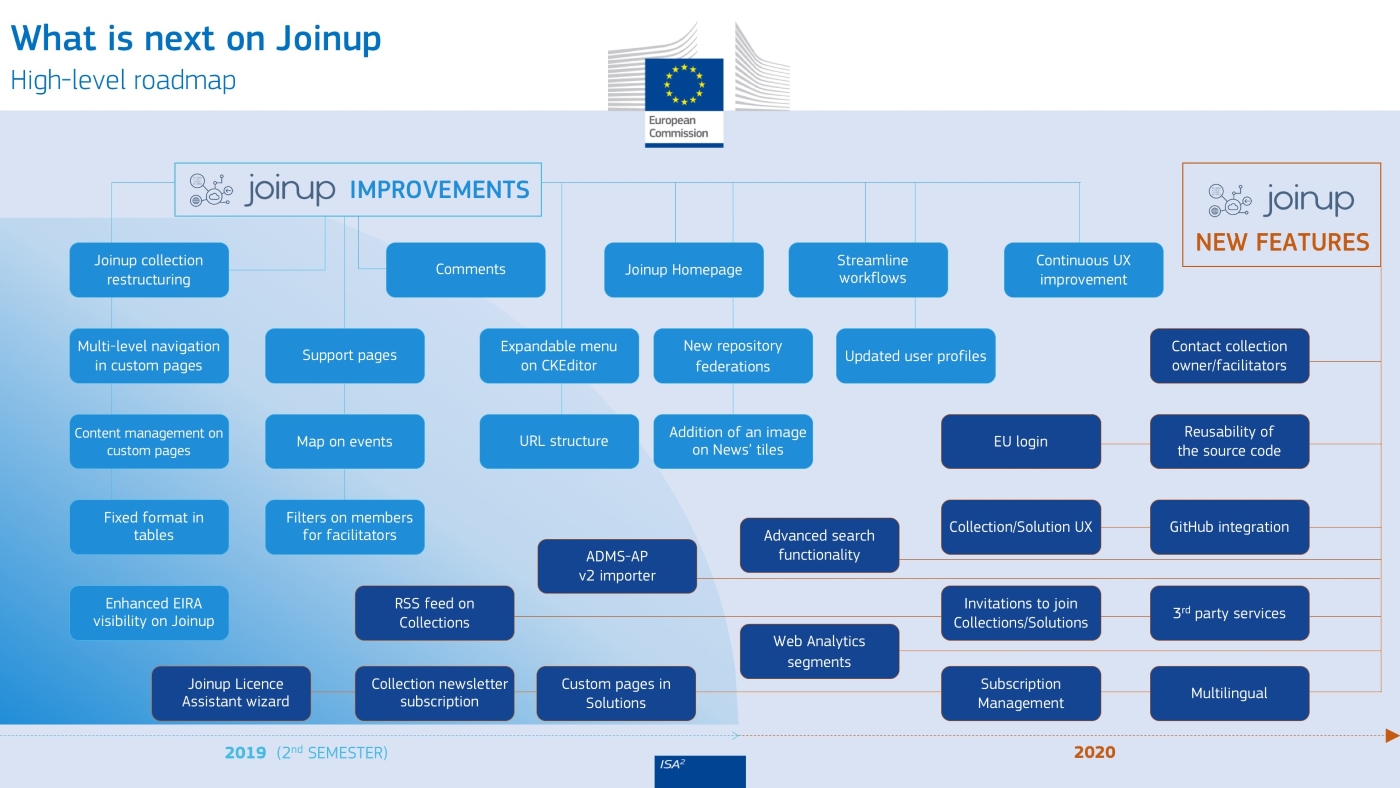 Click here (or on the image) for full resolution.

(Looking for the previous Roadmap? Scroll down to the end of this page or click here.)