Drafting new legislation is a complex and time-consuming process, involving many actors. This process, with increasing pan-European dimensions, can be made easier with Leos, a free tool that facilitates the editing/reviewing processes and generates produced legislation in a format supporting interoperability between European Institutions. LEOS enables users to create and draft legislative acts via a web user interface, where the document content is stored in an XML format. 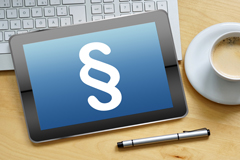 While LEOS has been developed to support the drafting of legislation by the European Commission services (i.e. proposals for directives, regulations and autonomous acts), public administrations can download and adapt the code to meet their own specific requirements. The code is available under the free European Union Public Licence (EUPL).

The new release is a significant step forward in enhancing the collaboration between document drafters, such as track changes between versions, and sharing of comments.

New in this release:

To learn how to compile and run the tool on your local machine without external dependencies, please refer to the README file included in the release.

We look forward to receiving your comments and suggestions. Furthermore, please let us know if you would be interested in collaborating on the development of this tool, such as supporting different legislative traditions, and improving existing features.

More info on the LEOS action

More info on the ISA² programme