News on the City.Risks project 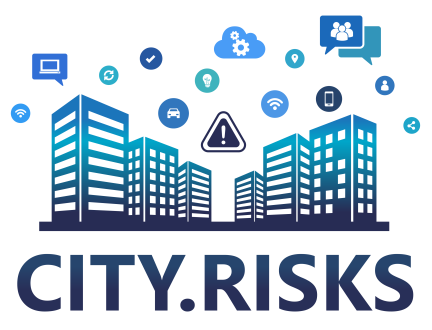 City.Risks is a 3-year project funded by the H2020 programme. The project started in May 2015 and will close in April 2018. Its main objective is to increase the perception of security of citizens in urban areas by activating in a more transparent and sustainable way their participation in communities. The project has designed and developed an innovative ecosystem of mobile services transforming citizens' smartphone into a tool to collect, visualise and share safety-critical information with the appropriate authorities and communities.

City Risks project has designed and implemented an innovative, small and discrete sensor coupling Bluetooth Low Energy (BLE) and radio-based technologies to transparently identify and locate stolen objects within a specific urban range through the usage of the City.Risks network of citizens. The key challenge of the design is how the distance between a Base Station and BLE device can be covered. Therefore, instead of implementing a WuR (wake-up radio receiver) along with a BLE device positioned in the asset, a BLE/WiFi gateway should be deployed that would equally cover and reach the BLE anti-theft sensor. Two alternative activation mechanisms have been foreseen: via BLE/WiFi gateway, and via the smartphones of the community users, which forward the wake up signal to the BLE device. The core components of the system architecture are the following: battery powered BLE sensor device, BLE/ WiFi Radio gateway to enable communication with the City.Risks Platform and City Risks Mobile application to communicate with BLE devices and report asset’s position to the City.Risks platform.

Test of pilot scenarios in Rome and Sofia

The City.Risks consortium has organised two test sessions (short pilot) in Rome and Sofia to check the functionalities of the Bluetooth Low Energy (BLE) in real environments.

The pilot in Rome took place on December 16th, 2107, in the area of the Circo Massimo and in the Aventino residential area. A small group of citizens was involved in the test, together with representatives of the Municipal Police and some members of the Consortium. The Operation Centre was established at the Municipal Police headquarters and available functionalities were managed by ICCS representative. Three different groups were appointed on the field: the robbed, the robbers and the policemen, while the members of the consortium were acting as City.Risks activists. voThe first group was equipped with some BLE sensors, previously registered on their smartphones and started wandering around in the area. After a while, they were approached by the "robbers", who grabbed the BLE tag and moved fastly away. The theft was reported to the Operation centre, who activated the stolen tag so that they could be tracked by the activists' smartphones. The information was then available to the Operation centre's monitors and eventually the policemen were alerted via their walkie talkie scanner and could "arrest" the robbers and retrieve the stolen tags. A similar scenario was replicated in the Aventino residential area, to simulate the effect of blocking buildings on the BLE signal: once again the robbers were arrested and stolen tags retrieved.

The pilot in Sofia took place on February 22nd, 2018 and was organised inside the shopping centre The Mall. Again some citizens were involved and acted not only as robbers and robbed, but also as activists. Three gateways were placed in different locations inside the mall, to detect the robbers carrying the stolen tags. The pilot gave the opportunity to test the "stolen item" scenario indoor, but also to put in place the "look for a witness" scenario and the "report event information" scenario, based on the use of the City.Risks app. The information and feedback collected in the two pilot events will be used by the consortium to improve technical functionalities in view of the conclusion of the project.