Two researchers at the Vrije Universiteit Brussel (Belgium) are launching the Open Patent Office, aiming to aggregate innovative ideas to defend them from being blocked by patents. Patents no longer contribute to innovation or knowledge, the two claim, and often create a loss instead of a profit. Conversely, there is a growing need for defensive publications to allow open innovation. 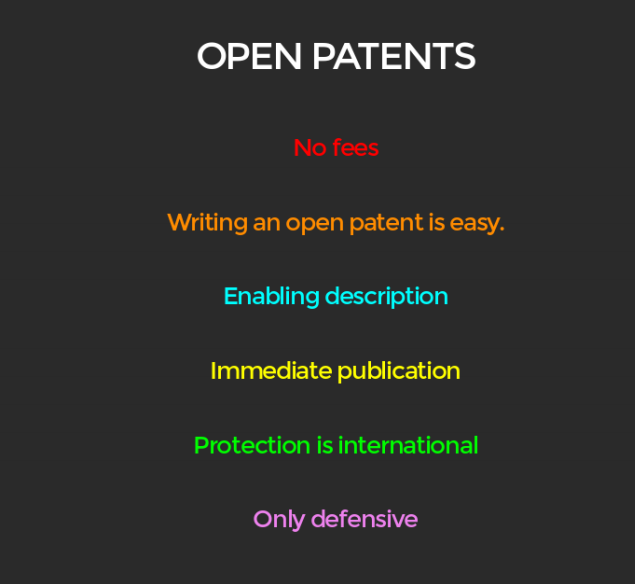 The non-profit Open Patent Office was unveiled at the Fosdem open source developer conference in Brussels earlier this month by Prof. Dr. Frederik Questier. He founded the NGO together with researcher and intellectual property lawyer Wim Scheurs.

Already, other researchers are interested, including mathematicians. “Mathematical methods can’t be patented, but sharing them in the public domain can be useful”, Questier says. The initiative is also getting attention from patent attorneys. They sometimes see applications for which patents are not profitable. Getting an ‘open patent’ would be a defensive strategy to protect the freedom to operate, Questier says.

The two say that the patent system is no longer beneficial to the community. The system is especially problematic for software development. Problems include patent trolls and patent wars, with huge litigation costs hindering even the largest companies.

In addition, obtaining patents is expensive, obstructing small and medium-sized companies. “Patents are a tax on innovation, with some scientists estimating the cost to be between 12% and 30%”, Questier says.

The site should be up and running this summer. The website will then allow inventors to easily file ideas, at no cost. The Open Patent Office will take care of time registration, and communicate the ideas to patent offices across the globe.

The online Open Patent Office will require a full description of the innovation, background art, drawings and conclusions, so that others can implement the idea. Innovations will be published immediately, with verifiable timestamps. The content will be optimised for search engines and patent officers, and will follow the international patent classification.

“Similar to patents, we will provide inventors with an open patent index number that they can use to promote their work”, Questier says. The site will also promote the discussion of ideas, says Questier. “Because if ideas talk, they become smarter.”

09 March 2017 - For the next few weeks, OSOR will be testing the effects of providing its headlines in other languages than English. This is one of the selected news items.