The Irish Minister for Public Expenditure and Reform, Brendan Howlin, has qualified open data as a basic resource of 21st century. Making government data publicly available for re-use brings economic, social and democratic benefits. That's why last year the country decided to set up a national data infrastructure. So told Eoin MacCuirc, Databank and Dissemination Manager at the Irish Central Statistics Office (CSO), his audience two months ago at the Open for Business v.2.0 conference in Dublin.

The CSO is helping other national authorities in making their data available online. It has set up a separate section on its portal where these organisations can publish their data under their own names and logos. The information is hosted by the CSO, but the respective organisations remain owners of their data.

We are explicitly calling upon other public agencies [on the ONA list] to open their data. We have a long list of databases that we would like to see available to the public. 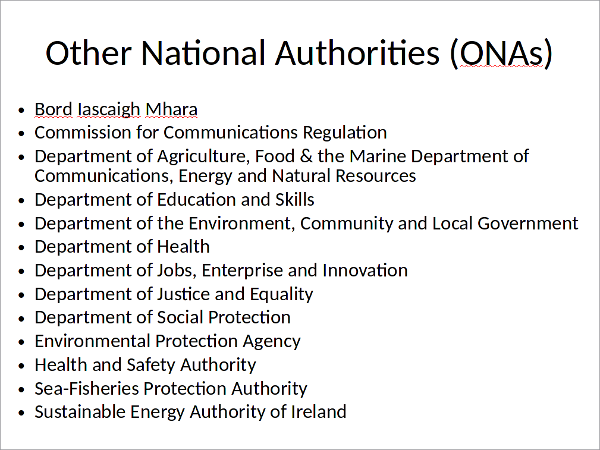 Hello Adrian, thank you for the info.

Here is the wish list from Open Knowledge Ireland. I also referred to the data held by the 13 Other National Authorities in Ireland that publish European statistics

This item has been updated with the ONA list, and the presentation has been added as an attachment.

Thank you Eoin and Adrian!