The 19th edition of the Libre en Fête (in English Celebrating open source) event is approaching. Libre en Fête is a succession of events across France, organised by the April association together with different groups of users of open source Software, digital public spaces , libraries, media libraries, computer clubs, fablabs and all open source enthusiast associations and structures. 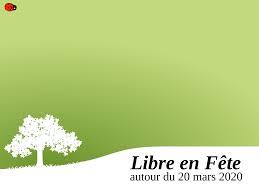 What is Libre en Fête?

April is a French association created in 1996 which gathers open source enthusiasts in order to promote the use and development of open source software. April is led by a board of directors made up of volunteer members and has a team of permanent staff. The association aims to:

You can consult the Libre en Fête website or send an email to contact@libre-en-fete.net.