Next week, the government of Bulgaria will make the European Union Public Licence (EUPL) the preferred licence to be used for governmental software development projects. An ordinance, to be adopted on Wednesday, will allow projects to use around ten popular free and open source software licence approved by the Open Source Initiative (OSI) - an open source advocacy organisation.

“These are standard IT industry practices, that for some reason are not yet the default in government projects”, said Bozhidar Bozhanov, a government advisor. Bozhanov took part in a workshop on an international free and open source policy, part of the Open Government Partnership (OGP) Summit in Paris this week.

The eGovernment Agency was officially opened this week, when it also officially launched its GitHub page. 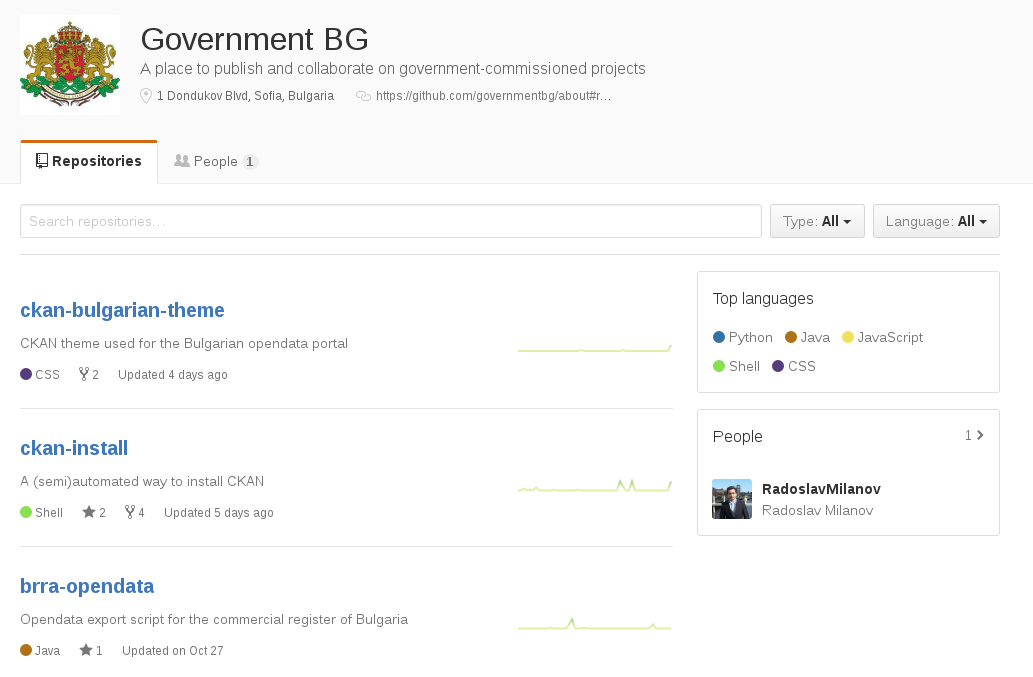 With its eGovernment Agency law, Bulgaria’s government in June mandated that all new software solutions for or by the government should be developed as open source. All code should be published on a national code repository, to be mirrored to GitHub, one of the most-popular source code repositories.

Bulgaria is a well-known ICT outsourcing country. A consequence is that the government has very few software developers among its civil servants, not being able to compete with salaries and career options offered by ICT companies.