A data visualisation application developed in 2015 by the Czech Ministry of Finance, is helping to promote the publication of open data, and is making the case for open source software development across the government. The tool, called Supervizor, was one of the winners of the European Commission’s Sharing and Reuse Award. At the Sharing and Reuse Conference in Lisbon (Portugal), on 29 March, Supervizor was awarded EUR 15,000 - to help the project expands its reach. 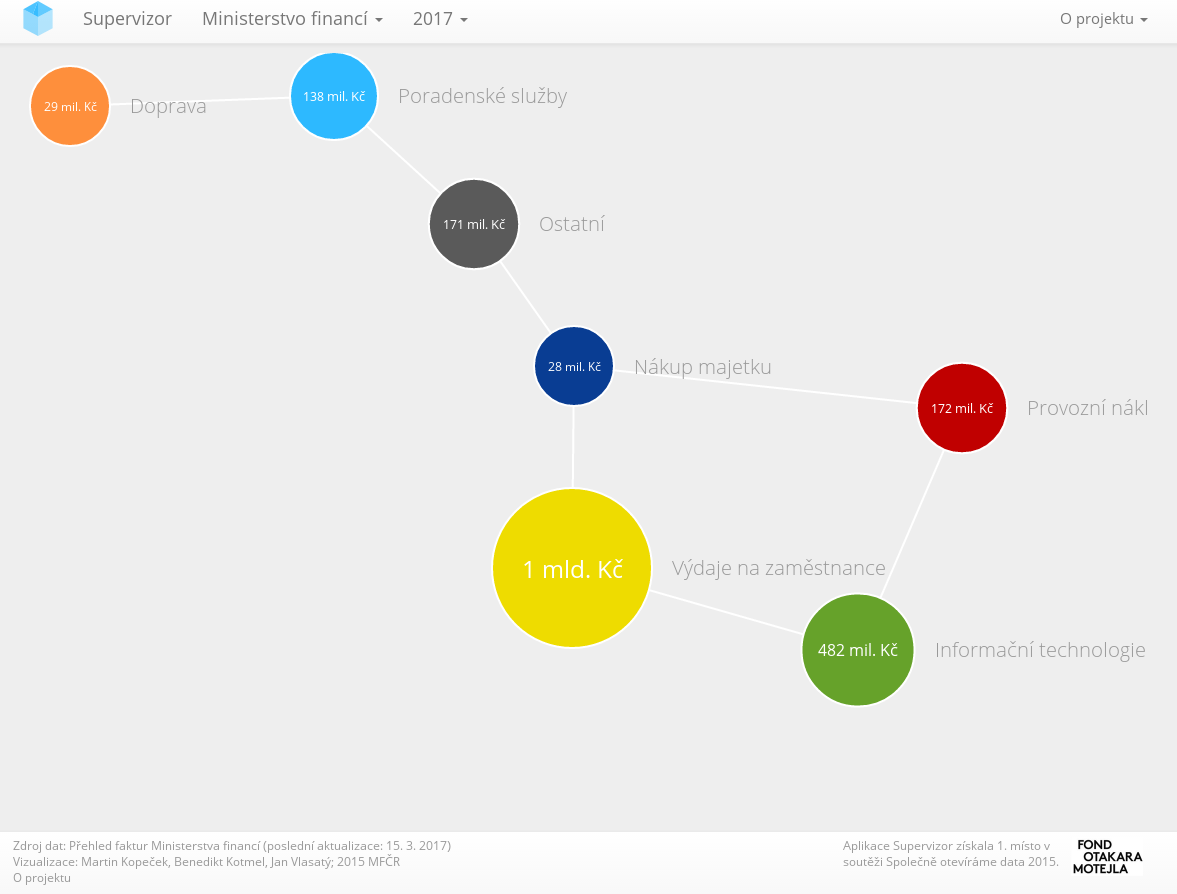 Today, Supervizor is used by six ministries and two government institutions, to provide the public with insight on government spending.

“All they have to do is build a repository using CKAN or DKAN and make their data sets public, and Supervizor takes it from there”, said Martin Kopeček, one of the developers, working for the Ministry of Finance. It is so easy, that it is encouraging the institutions to publish more and more data sets.

Supervizor works, Kopeček said in Lisbon. Citizens are asking questions about the amount of money spent on certain items. “This is promoting the concept of open data, not only spending but any kind of data online.”

The tool is also helping to promote the open source development method inside the public administrations. Most of the IT in the Czech Republic today is very expensive, says Kopeček, and tends to result in IT vendor lock-in. “We show that we, from the ministry, can build such a tool ourselves”, he said. The code is available on GitHub, where it is published using the GPLv3.

Supervizor was built by 4 staff members at the ministry, at a time when there was much political demand for openness. “Our first data set made a lot of headlines, but nobody really understood the complex spreadsheet that we had published”, Kopeček said. That motivated him and his colleagues to transform the data into visualised information. “This way you extract knowledge from the data. Journalists and citizens can use the web application and understand what our institution is spending its money on”, he said.

Users of Supervizor at first see a series of bubbles - the bigger the spending, the bigger the bubble. A bubble will deal with for example traffic, or consulting services, or IT, personnel costs. Clicking on a bubble will show more details, including the institutions and the companies the money is paid to. You can even see specific invoices. Unlike many other apps out there, this app does not visualise a budget, it shows the actual spending. It uses the data that comes from the accounting system, and so it shows actual money.