Children with visual impairments are left out of playing computer games with seeing children. Through Open Source software this issue has been addressed with audio based games that improves the sensation of depth, movement, and speed. Several games are ready in Greek, English, and Norwegian or for your translation. Since 2016 the games have had more than 32.500 users. 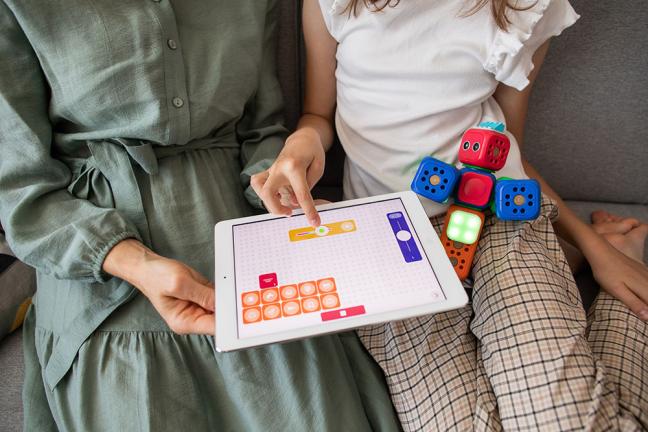 A child with visual impairments are often excluded from playing computer games. While the public debate might often focus on video games as inherently good or bad in an emotive and polarised manner, studies have been made to break down this polarisation, BBC found already in 2013. Back then, 8 years ago, Douglas Gentile at Iowa State University said the following to BBC: 'What we are finding is that pro-social games affect children's sense of empathy,'

With that in mind, computer games can affect empathy and thereby strengthen social bonds to other children. There are other benefits to playing games and for blind children customized games (Games for the Blind) can improve their mathematical abilities, the spatial sense, the sensation of movement, depth, speed, and even more.

In 2016, the Greek non-profit organisation SciFY (Science for You) decided to make such customized games: Open Source games for children with visual impairments. SciFY deveopled thse along with a number of partners. These include but is not limited to Department of Audio & Visual at Ionian University, Athens Technologial Center, and civil socity organisation PRAKSIS (Programs of Development, Social Support and Medical Cooperation).

The need for the games was and is big. The current 30 games in Games for the Blind include tennis, tic-tac-toe, and Curve. All are playedwith 3D sound technology and accessible interface. The games are used by more than 32.500 users (according Despoina Chalvatzi from SciFY, who I, the author of this articles, interviewed).

It all started in a school for blind children, where the SciFY team met the need for an Open Source computer game project.

Kick-off in a school for blind children

At the first visit to Kallithea school for blinds (KEAT), the SciFY team met a massive lack of suitable games, which would work as teaching material in relation to school topics and to increase the children's interpersonal skills.

The SciFY team asked the children, which games they played. The room went quiet until: 'their teacher interrupted us and told us 'they can understand and hear you perfectly, but they have nothing to answer you because they do not have games to play''. Despoina Chalvatzi from SciFY writes in a mail to me, authot of this article.

And so the design process for the SciFY teams, based from the children’s clear need for suitable video games.

Development of games and Game Machine

Stakeholders from KEAT – pupils and teachers – were part of the process from the very beginning. When SciFY had developed the first games in the series 'Games for the Blind', they created a platform (The Game Machine, Memor-i Studio) where others can make they own games.

Beside the involvement of KEAT, SciFY also worked with other partners, both public and private educational institutions from kindergardens to high-schools. The collaborations were important to develop and test if the games were interesting for the children.

Later, Games for the Blind was recognized by the Ministry of Education in Greece to be used in public and private schools.

Photo by Robo Wunderkind on Unsplash