The Canton of Geneva (Switzerland) has published the first components of the source code of its electronic voting system as open source code, under the GNU Affero general public license. The software is used for votes or elections by the cantons of Basel (city), Bern, Geneva and Lucerne. The Canton of Aargau will start using the software next year. 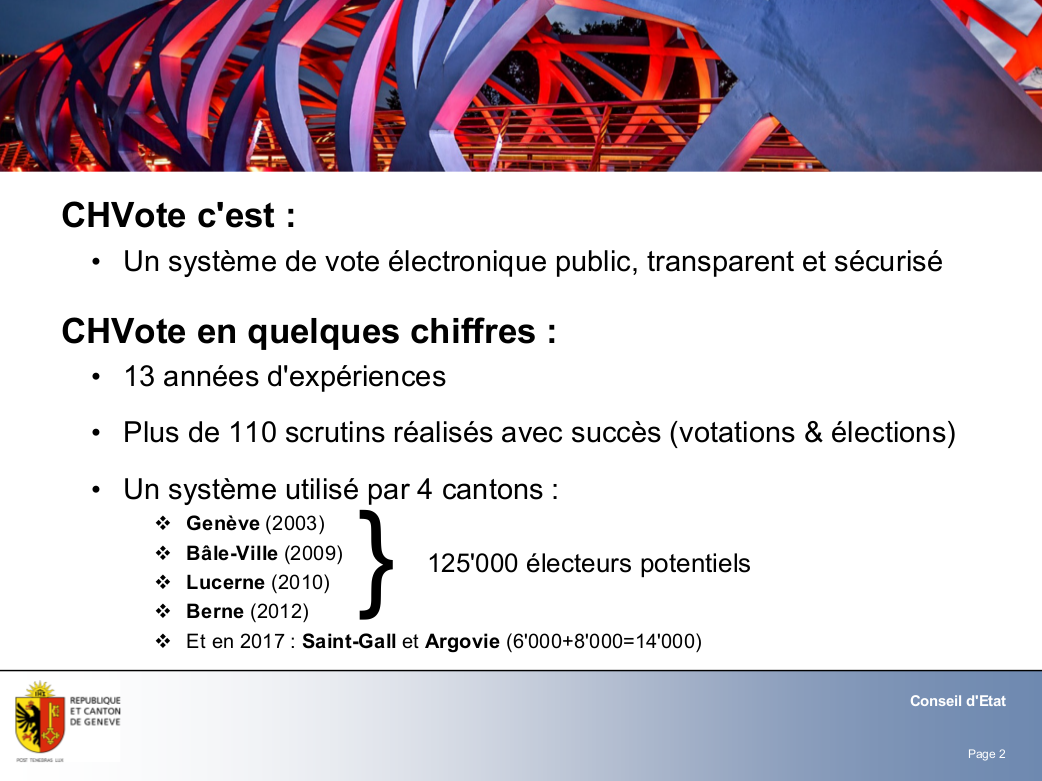 On 14 December, the Canton officially published the first part of its eVoting solution - the offline administration application and its accompanying software libraries, which together comprise the administrative console that can encrypt and strip the electronic ballot box.

“CHVote aims to be an open source, publicly owned eVoting system”, the Geneva Canton writes in its introduction on the CHVote GitHub pages.

Openness and security are priorities and electronic voting demands even more openness to generate confidence in the results of elections, the Geneva Department of Security and Economy and the State Chancellery explain. “The State of Geneva intends to disseminate and enhance its capacity for innovation for the benefit of other public authorities, while benefiting from the contribution of communities of experts who would like to participate in the evolution of CHVote”, they add.

The Canton of Geneva has been using the CHVote eVoting solution for the past 13 years.

The Swiss open source advocacy group CH Open welcomes the publication of CHVote. Public administrations publishing their software as open source make more efficient use of tax payers’ money, resulting in more sustainable software solutions, the organisation says. “Other cantons, municipalities and even the confederation can use the same software. Instead of paying for the same solution several times, taxpayers' money can be used for optimisations and extensions”, Matthias Günter, president of CH Open, is quoted as saying in a press release.