The use of open source technology is a core part of a project to document Greek government procedures. The project, involving 200 public administration staff and university researchers, is creating or completing the documentation for Greece’s public sector procedures. Started in 2015, the Diadikasies project has so far completed documentation for 1652 procedures. 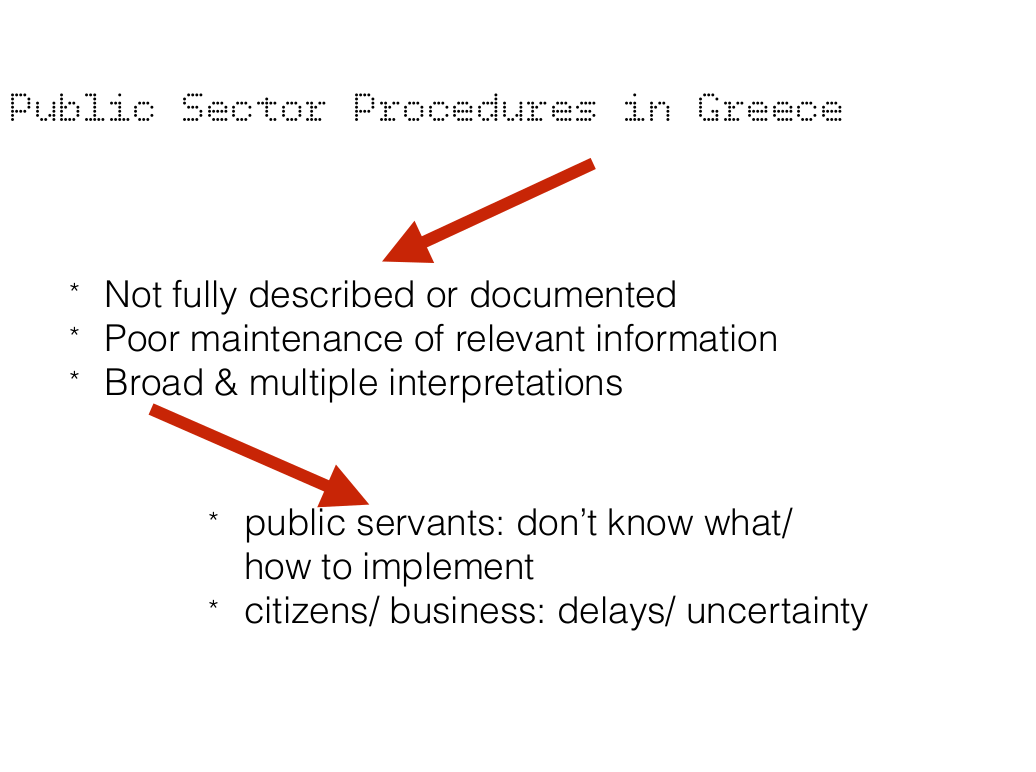 In Greece, many government procedures lack documentation, which leads to multiple interpretations by public administrations across the country and results in delays and uncertainties for citizens and companies.

The Diadikasies project aims to help fix the problem, by creating a catalogue of procedures to help standardise government services. “This is a major step towards the simplification of government procedures”, says Despina Mitropoulou, director of GFOSS, the Open Technology Alliance, a network of 30 Greek universities and research centres, with over 9,000 members, which advocates openness in education, government and businesses.

The Diadikasies project aggregates all documentation on its MediaWiki website. The project uses the Cognitive Process Designer software which supports the creation, import, export and annotation of business process models and notations. Diadikasies also implements the Core Public Service Vocabulary Application Profile (CPSV-AP), a data model for describing and grouping public services. The tool is part of one of the European Commission’s ISA² Programme’s ‘Core Public Service Vocabulary’ project.

The project will train government officials to use MediaWiki and related open technologies. Diadikasies hopes that its focus on Wiki technology will help improve basic government services.

The use of open source is key, Mitropoulou adds. Using free and open source software allows the project to create a big impact, while keeping costs low, she explains. “Open source technology is also human-centric and provides access to knowledge - an ethos it shares with public administrations.”