New open source digital services for the residents of Bratislava

The City of Bratislava is currently building a whole new ecosystem of open source digital services under the leadership of its CIO Petra Dzurovčinová. These services will be tested in Slovakia's capital and then are planned to be expanded to other cities with a goal of limiting the existing vendor lock-in and improving public services for the residents.

According to Petra, choosing open source solutions for the digital transformation of Bratislava, the largest city in the country, is based not only on the long-term economic incentive, but more importantly, on the quality of services to be provided for the citizens. The digitisation team in Bratislava took on the task by first identifying and understanding the needs of the citizens through iterative processes involving interviews, co-creation and cooperating with other cities. A large part of the work has been done internally in the conceptualisation phase to steer the next steps of developing technological solutions and ensure achieving the planned objectives.

A 15-people in-house digital innovation team with product managers, UX designers and developers used several open source building blocks to construct the solutions needed for the city’s institutions such as museums, galleries and other organisations. This approach allows the digital specialists within the internal digitisation team to expand their skills, test different ways to address the challenges at hand and use their experience in the future, keeping the knowledge within the public sector and creating a baseline for future projects.

One of the solutions developed is https://platbadane.bratislava.sk/, an easy, GDPR-compliant solution for citizens to pay their taxes online that has improved the experience for the residents and made paying taxes faster. After 72 hours from the launch of the solution, 54,3% of tax payers paid their tax with 69% using a QR code and the rest a payment gateway. Last year, only 39% paid after the same time period. According to the feedback form 93% of residents would recommend this service to their friend. 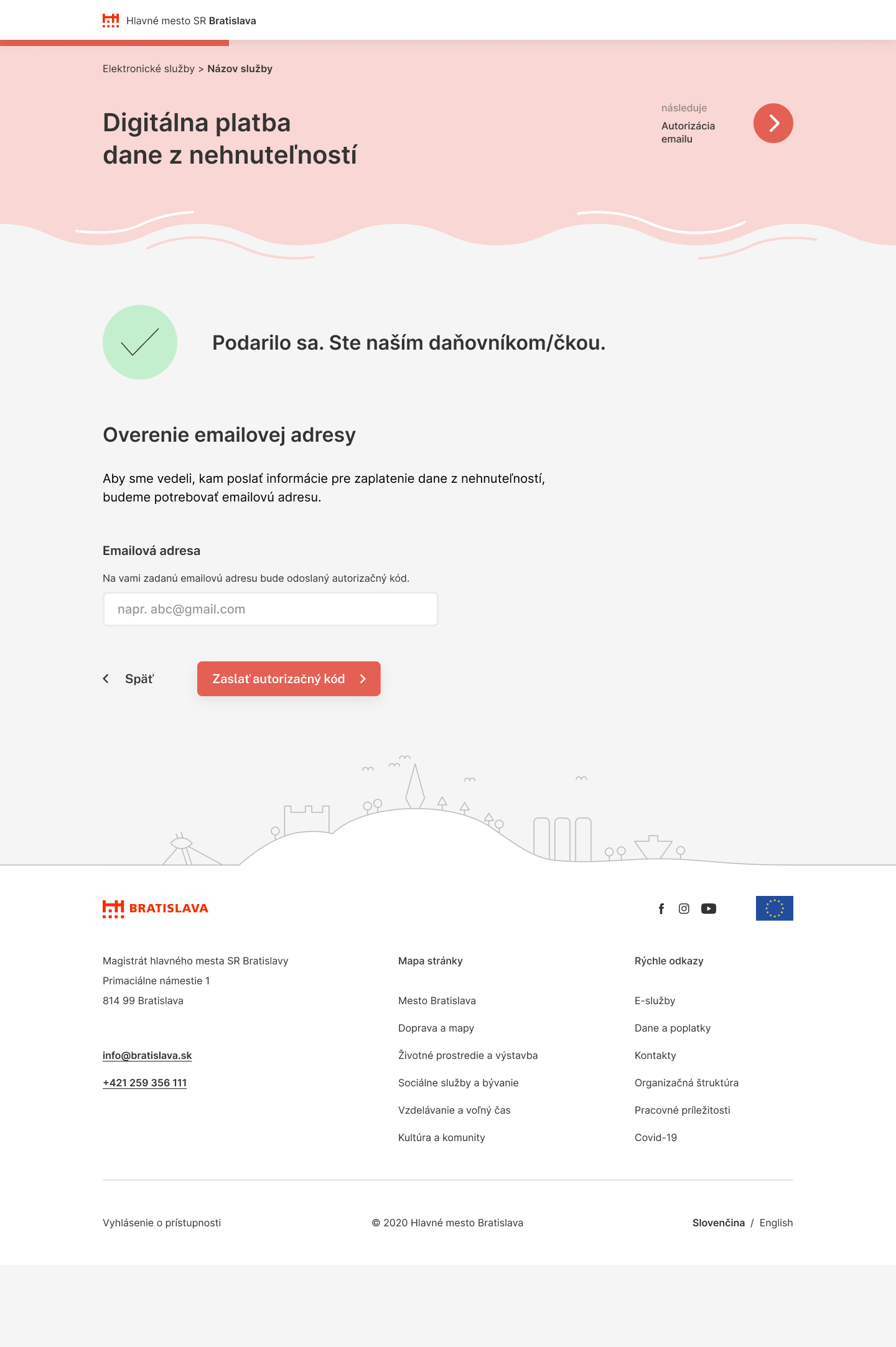 Digitisation efforts in Bratislava were supported by the Bloomberg Philantropies network which helped the working team to apply agile and design thinking techniques throughout the process, based on the experience of working with other cities. Additionally, Bratislava’s mayor participated in two dedicated programs, and contacts were made with other cities in the United States and Europe such as Budapest, Prague, Vilnius, Amsterdam and London.

Github repository is under development and would be shared when the solutions developed will be made available to other cities in Slovakia.

More solutions will be shared in the upcoming months.

Thank you to Petra Dzurovčinová for the interview which was the basis of this article.