The city of Vilnius, Lithuania’s capital and with over half a million inhabitants the country’s largest city, is increasingly using open source software. The most recent example is WordPress: in July the city unveiled its new portal built on this content management system. “Open source enables us to improve our public services and empowers us to share our solutions and data,” says Dalius Kazlauskas, senior project manager at Vilnius’ E-City department.

The new portal offers many advantages to the citizens of Vilnius and the services available are easy to find, city mayor Remigijus Šimašius is quoted as saying in an announcement. The site offers information in Lithanian, English, Russian and Polish, and site visitors can start a live chat with city staff in any of these languages. “We are especially glad that we renewed the portal by ourselves – the E-City department has built a solution that enables us to extend and improve the portal,” the mayor is quoted as saying.

By using WordPress the city has managed to reduce costs, Dalius Kazlauskas is quoted as saying in the same announcement. Vilnius did not need EU funds for the project and did not require a procurement procedure. In addition, using WordPress makes the city less dependent on IT service providers. 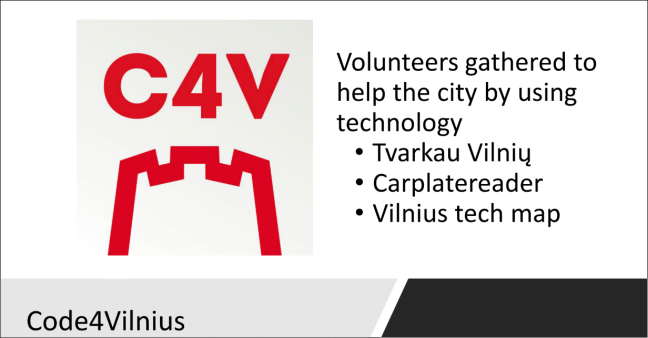 Choosing open source software where possible is part of the city’s open IT and open data strategy. Many of Vilnius’s computer servers run Linux, many of the databases are managed with MySQL and for project management and issue tracking the city uses Redmine. About one-third of the city staff use LibreOffice.

The city encourages the sharing of source code. On its GitHub page, Vilnius shares the source code for 73 projects, solutions and services. The city makes publicly available its budget and expense data – the ‘city debt’ portal is running on open source solutions including the Nginx web server.

Vilnius also motivates its citizens to take part in and use open data and open technology to improve the city’s services. Activities include hackathons and the Code 4 Vilnius events promoted by the Atviras Vilnius (Open Vilnius) portal.

The city’s strategy promotes joint development of IT solutions. One example, Kazlauskas told the European Commission’s Open Source Observatory, is the Tvarkau Miesta (Fix the City) portal, which lets citizens report and track problems with street lights, vehicle parking, waste collection and other public services. The online service combines many open source components, and was built by pooling resources from four towns and cities: Vilnius, Alytus, Panevėžys, and Šiauliai.