Dutch municipalities may soon have an alternative option for managing civic services and citizens’ personal records. The Alkmaar-based company Procura in December announced it will make its existing software solutions available under an open source licence. Municipalities can implement the software on their own, join a consortium, or ask the company to help. 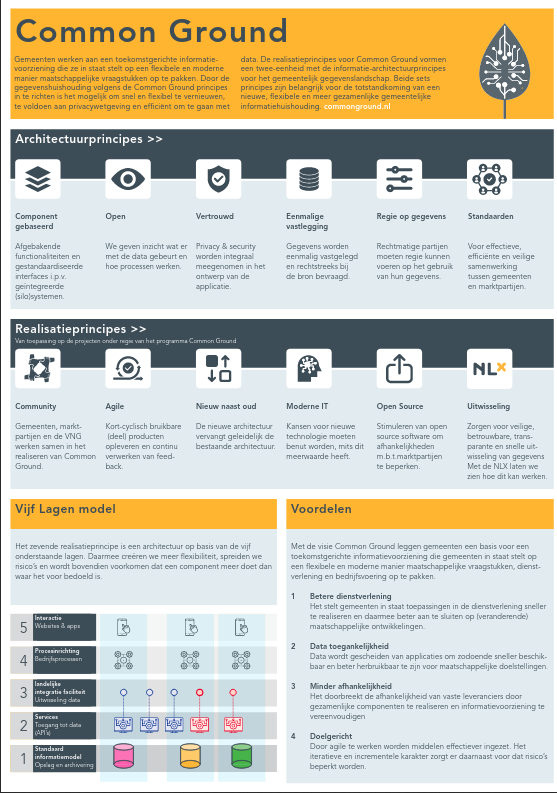 The Procura announcement was made at the Common Ground meeting in the city of Utrecht, in early December.

The Common Ground project to pool the development of municipal ICT projects was founded by VNG, an umbrella organisation for Dutch municipalities, in late 2017. A core component of the project is the development of NLX, a data exchange backbone service that is made available as open source. NLX is based on the same ideas and principles as X-Road, which is being developed jointly by Estonia and Finland.

Common Ground aims to introduce innovative technologies to municipalities, and to take back control over data and applications. At the same time, applications should provide flexibility and “break down” the information silos that characterise poorly connected systems, the partnership says. Taking another cue from Estonia, the Dutch project strategy is API-first, meaning that: “the API is the first interface of an application and the people developing against the API are the prime users.” The APIs should be easy to implement, conform with privacy regulations, and be platform-independent.

Dutch municipalities are essentially limited to three suppliers when selecting software solutions for civil services. Procura confirmed to the Commission’s Open Soure Observatory that its civic services software is used by less than 5% of the country’s 355 municipalities.