To prepare for the technical part of the recruitment process, the guide refers to the GitHub repository of GDS, where interested people can get an impression of the technologies used by the agency, and how its projects are structured.

Browsing the repository, it becomes obvious that the agency builds on open source software and open (web) standards (HTML and CSS). Most of the programming is done using languages like Go, PHP, Python, and Ruby (in combination with the Puppet configuration management tool). Other often-used languages are Java, Scala (an alternative to Java), and JavaScript, in combination with various libraries and frameworks such as CoffeeScript and Groovy.

Also worth mentioning is the use of a significant number of shell scripts, Clojure and Scheme (both dialects of the Lisp programming language), and even some older stuff in Perl and awk.

GDS has a history of deploying (and publishing) open source software for its productions. The GOV.UK portal, for example, is powered by the PostgreSQL database system. And last year the agency was looking for an Open Source Lead.

The GDS was established six years ago, bringing together six elements of the government's existing digital services in one place at the Cabinet Office. Its main task is to transform government digital services. Open standards and open source have been strategic parts of its work [1, 2].

According to an internal audit report, in 2015 the GDS contributed at least GBP 1.7 billion in year-on-year savings to the government budget. 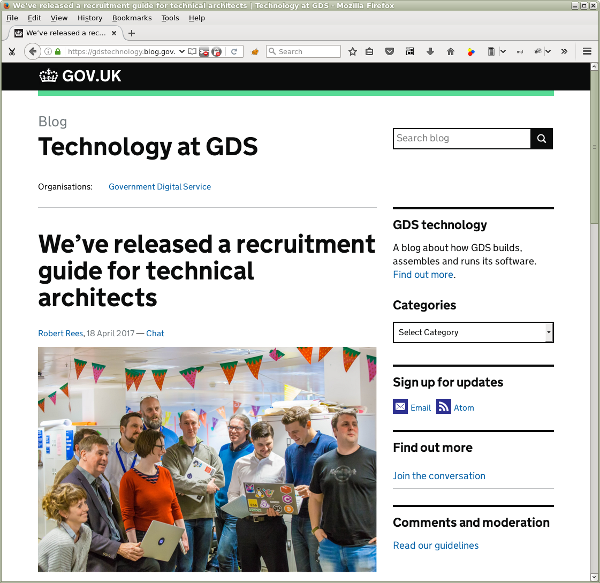