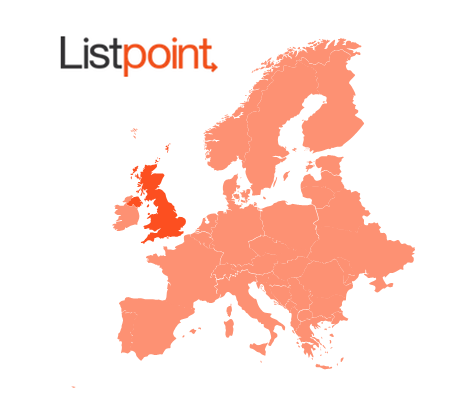 David Mitton is Director at Listpoint (Liberata UK Limited). He focuses on building relationships in the open data community and supporting the wider use of Listpoint across Government projects. Listpoint is an award winning piece of technology, originally created by the UK Police to overcome the problems associated with agreeing national data standards and in particular its reference data (code lists). Listpoint is expected to join the ADMS-enabled federation of semantic asset repositories in June 2012.

Joinup team: What is the story behind Listpoint?

The history of Listpoint starts with the lack of interoperability between the 43 UK police forces that needed a single cross-border system for criminal intelligence. After four years of failing to establish top-down data standards, Jonathan Semple who worked for the National Police Enforcement, came up with the idea to embrace existing systems, document their encodings and define mappings between them. This was at that time called the Code List Management Service (CLMS). As a result, the Police National Database went live in early 2011.

Out of this, the commercial organisation Listpoint has grown. It provides a service offering to wider government projects where data integration is required. Listpoint hosts about 16000 police code lists which are not publicly accessible and about 3000 code lists which are used in various other contexts, including the health, financial sector, and international aid.

Joinup team: Which benefits do you expect from the federation?

David Mitton: The last year has been a real eye-opener for us concerning Listpoint. It is receiving very positive reactions from governmental organisations and industry players. By joining the federation and being among the first to implement the ADMS specification, Listpoint can receive further international recognition for its undertakings and get better visibility to its service and the assets it contains. This will reinforce its role as a central code list repository for both governmental organisations and industry.

Joinup team: What are your experiences with mapping to ADMS?

David Mitton: Listpoint consists of three central concepts: code lists, contexts and context maps. Both mappings and code lists are asset types. For me it is at this point not clear how context and context mappings could be described with ADMS. These could potentially also be mapped to assets.

There is however an important risk of imbalance for Joinup, since, in contrast to other repositories, the Listpoint repository contains thousands of code lists. This may create an imbalance in the search results on the central repository as other repositories contain less semantic assets. We can resolve this issue in two ways: by placing a filter by asset type or repository of origin or by exchanging metadata at a higher level of granularity, resulting in less but larger semantic assets exchanged with the federation.

Joinup team: How will you export the Listpoint metadata?

David Mitton: We have a preference for exchanging metadata in the XML format, because this is less verbose than RDF. Listpoint already has the ability of exporting all its description metadata to an internal XML format. This will now be converted in ADMS XML using the proper XSLT transformations.

Joinup team: How will the description metadata be exchanged with Joinup?

David Mitton: In a first phase metadata will probably be exchanged via e-mail (solution 2) or through manual upload of a file (solution 4). On the long run, we see the RESTful Web Services solution (solution 1) as the preferred solution. This allows remaining in control of when which metadata is exchanged with the federation. We consider the metadata harvesting solutions as inefficient, as code list metadata never changes once published.