CCCEV - a key enabler of the Once-Only Principle 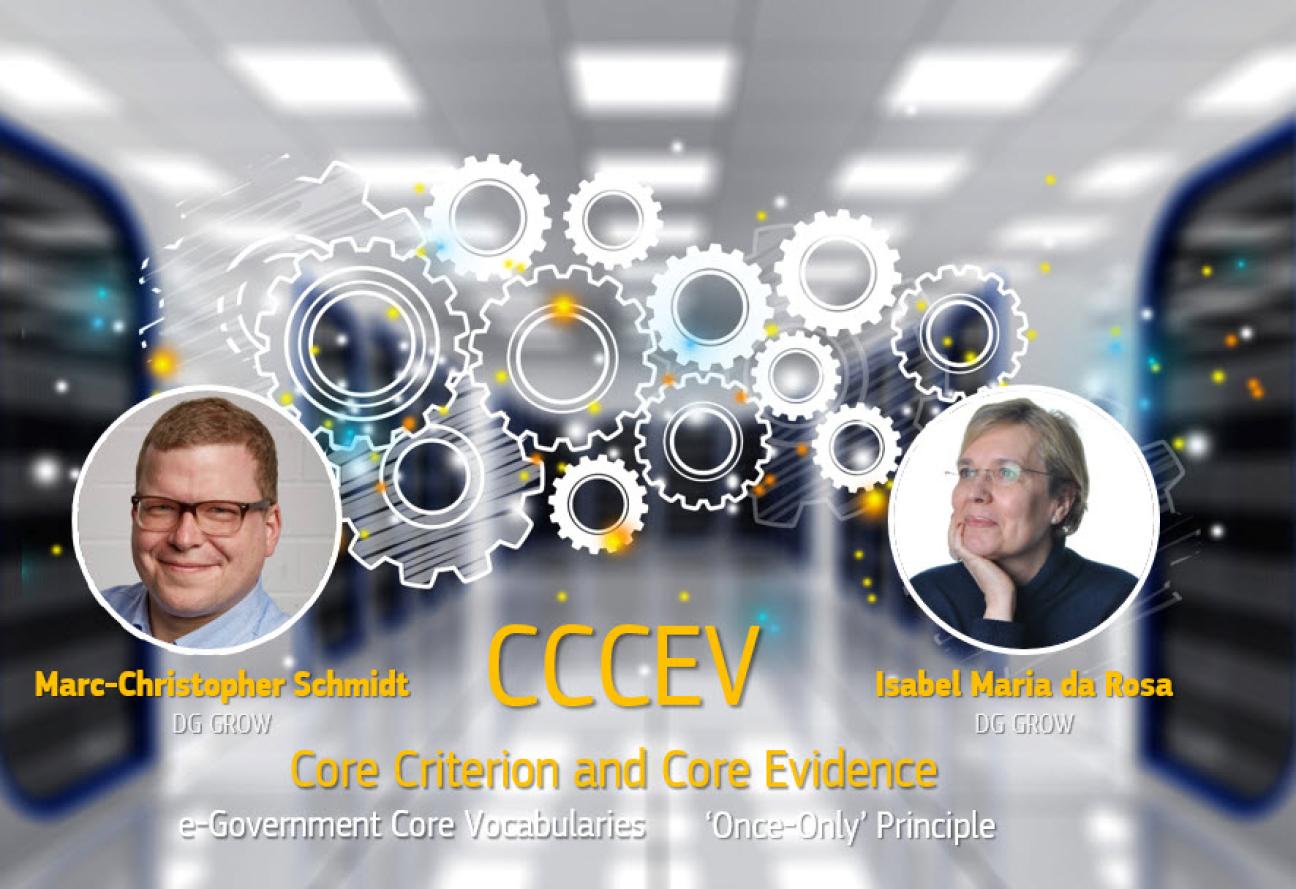 Europe is diversity by design. Travelling all over Europe is fascinating as each single country has its own culture, traditions and, of course, language. What is an advantage for travellers is a challenge for doing business. Having legal and technical frameworks to achieve a single market is important as it not only allows European businesses to benefit from an open market. It also helps to make Europe more competitive worldwide. Those frameworks are aiming at reducing administrative burden for businesses and citizens in their daily life.

The ‘once-only’ principle (OOP) is a key enabler for simplifying administrative procedures for citizens and businesses. The idea behind this legal principle is that public authorities should not request information from businesses and citizens that they can retrieve from national databases or that they already possess. In some European countries, this is already established practice. It not only saves millions of euros but also makes interaction between authorities, business and citizens much easier. However, currently this works only within a country. The next step is to open up those systems to the citizens and businesses of other countries.

Opening up national databases however implies that the different systems need to be interoperable to allow effective exchange of information. A semantic model helps to define information in such a way that it enables the seamless transfer of data. Ultimately, the OOP can be implemented in a cross-border context. For instance, when citizens consume public services they often have to provide evidence that they are entitled to such services, e.g. in the form of certificates, which they would need to request from other public administrations. In practice, the OOP requires administrations to exchange this information directly between each other, after having received consent form the citizen.  The "Core Criterion and Core Evidence" data model (CCCEV) supports this exchange. It defines in a generic way the structure of a criterion, for example, having a driving license. It also specifies the different types of evidence that can be provided as proof by citizens and businesses. The advantage of CCCEV is that it can be universally applied for any kind of criterion and evidence.

The CCCEV was first developed under the ISA2 programme in the context of the European Single Procurement Document (ESPD). The ESPD is a self-declaration that is used in the public procurement domain. It replaces all other evidence that was usually asked for during the bidding process. It specifies selection and exclusion grounds such as if the company has paid taxes or what turnover the company had. While the criteria used in the ESPD vary greatly, the generic model of CCCEV can adapt to all instances. Only a particular structure needs to be used for a specific criterion.

However, defining the set of criteria for a specific domain is not sufficient to achieve OOP between European countries. Furthermore, a logic needs to be developed describing how the criteria from one country can be mapped to those of another country. For this purpose, the European Commission has developed eCertis – a service that helps to map criteria and evidence between countries in the domain of public procurement. This database is regularly updated by all Member States.

Finally, the implementation of OOP requires technological support. This is the role of the current EU pilot, ‘The Once-Only Principle Project’ (TOOP). Based on the eDelivery technology, it defines how information can be exchanged to achieve OOP across borders.

To establish a solid framework that enables OOP across Europe all these technologies are further developed. For example, eCertis will be updated so that it can be used for other domains. The ESPD data model has seen a major update to provide more flexibility. These changes have not found their way into the CCCEV up to now and it is the goal to update the CCCEV in this regard. While the current ESPD model is configured for the procurement domain it is important to make sure that the CCCEV model  can be applied for different domains.

Achieving OOP in Europe is not a matter of if, but only of when. We have seen OOP implementations all over Europe that help to make the life of citizens and business easier. CCCEV will play a fundamental role in breaking down walls between administrations and promoting a common language when it comes to criteria and evidences.