Interview on GeoDCAT-AP: Insights from an Italian user experience 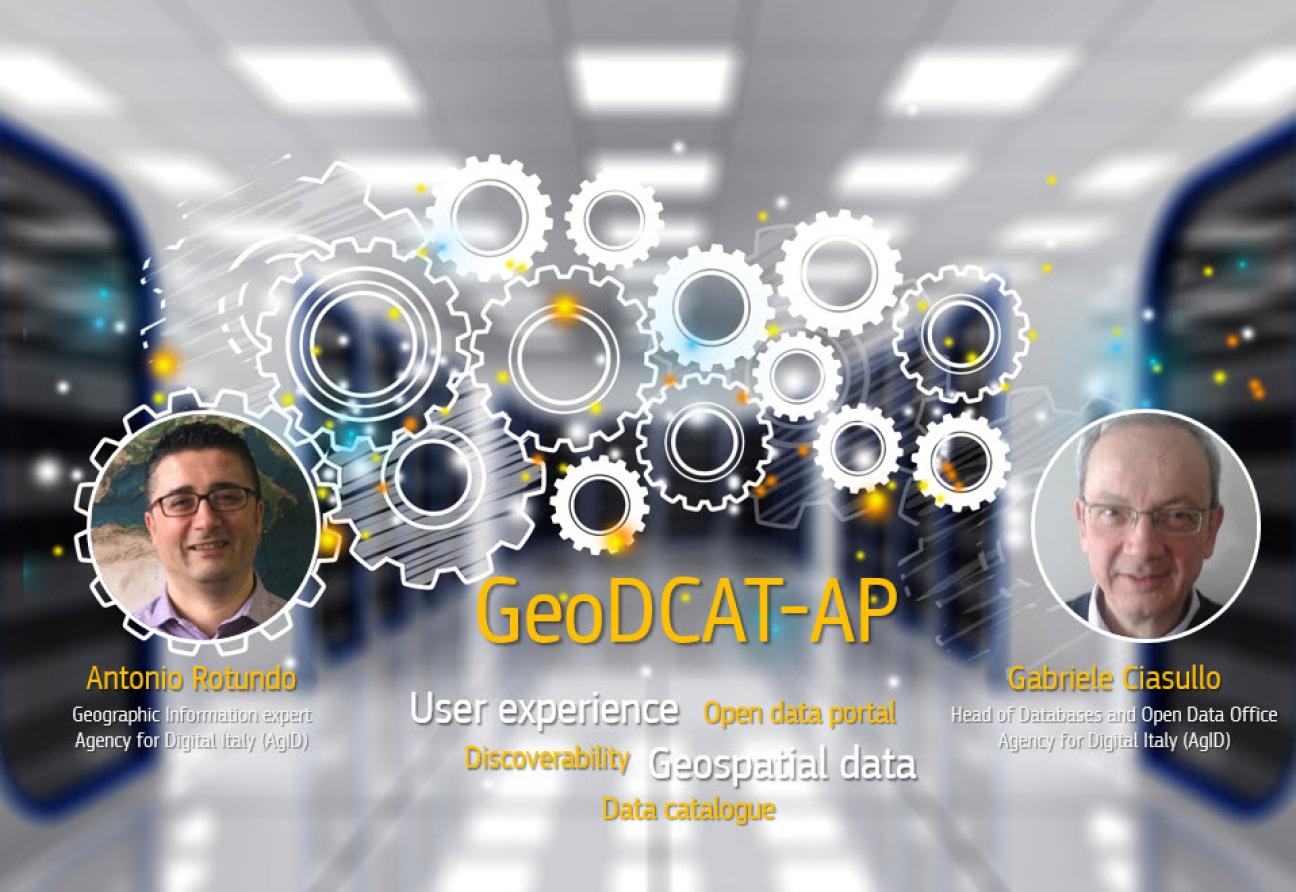 Why did your agency opt for GeoDCAT-AP?

AgID (Agency for Digital Italy) has been working on a national strategy for an overall public sector information infrastructure as knowledge base of all public information resources, implemented by the actions defined in the Three-Year Plan for ICT in the Public Administration. The core components of that infrastructure are the national catalogue for spatial data (RNDT) and the national open data portal.

The Agency decided to implement GeoDCAT-AP to achieve an interoperable integration and coordination of the two catalogues. The aim was also to ensure aligned, up-to-date and not conflicting descriptions of spatial data even available as open data.

Furthermore, it supports the general objectives to apply the once-only principle and to improve coordination between the INSPIRE implementation and eGovernment, open data and other relevant processes at the national level. This is recommended in several EU official documents, such as the eGovernment Action Plan, the European Interopierability Framework, etc.

How was the implementation of GeoDCAT-AP carried out in Italy?

The implementation of GeoDCAT-AP in Italy (named GeoDCAT-AP_IT) was addressed as a specific action in the previously mentioned Three-Year Plan for ICT in the Public Administration. The Plan is a strategic policy document for all public administrations established by the government which oversees the digital transformation of the country.

The actions foreseen for the implementation of GeoDCAT-AP are:

The tools developed include the XSLT script extended (to take into account the extensions introduced in the national metadata profiles) and the GeoDCAT-AP_IT API reusing and extending the one developed under the ISA² Programme.

Can you give examples of how public administrations in Italy can use GeoDCAT-AP today?

Public administrations at the local level are expected to adopt the national approach also for their catalogues. For this purpose, we make the API available for reuse under the European Union Public Licence (EUPL) to facilitate the implementation also at the local level.

Users and developers can also use the API to have a different format (RDF/XML and JSON-LD) for the metadata published in the national catalogue for spatial data.

What are the benefits of GeoDCAT-AP for your organisation? How could it benefit other public administrations?

The use of GeoDCAT-AP allows our organisation to make open spatial data available to a wider and diversified audience, beyond the geospatial domain.

Moreover, it allows to avoid the double burden on public administrations concerning the documentation of open geodata in both catalogues. Consequently, GeoDCAT-AP helps overcome the possible misalignments between the metadata for the same dataset published in the two catalogues.

On the side of users, GeoDCAT-AP allows to improve the user experience in the discoverability of data. The more the metadata quality increases, the more effective the search becomes.

Can you give an insight into your involvement in the work on GeoDCAT-AP?

We actively participated in the development and revision of GeoDCAT-AP specification as members of the Working Group established under the ISA² Programme. In that context, we also provided a study comparing ISO 19115:2003, INSPIRE and ISO 19115-1:2014 (the latest version of ISO 19115), included in Annex III to the specification.

Moreover, we contributed to the activity carried out for the definition of the alignments between the controlled vocabularies used in ISO 19115 / INSPIRE metadata and those used in DCAT-AP.

Finally, based on our experience in implementing GeoDCAT in Italy, we will further contribute to improve the GeoDCAT-AP specification by reporting issues and gaps as well as extensions included in the national implementation.

Visit the GeoDCAT-AP solution community on Joinup!
Download the latest release of GeoDCAT-AP and get started.