Get started with DCAT-AP

How is DCAT-AP developed and maintained ? 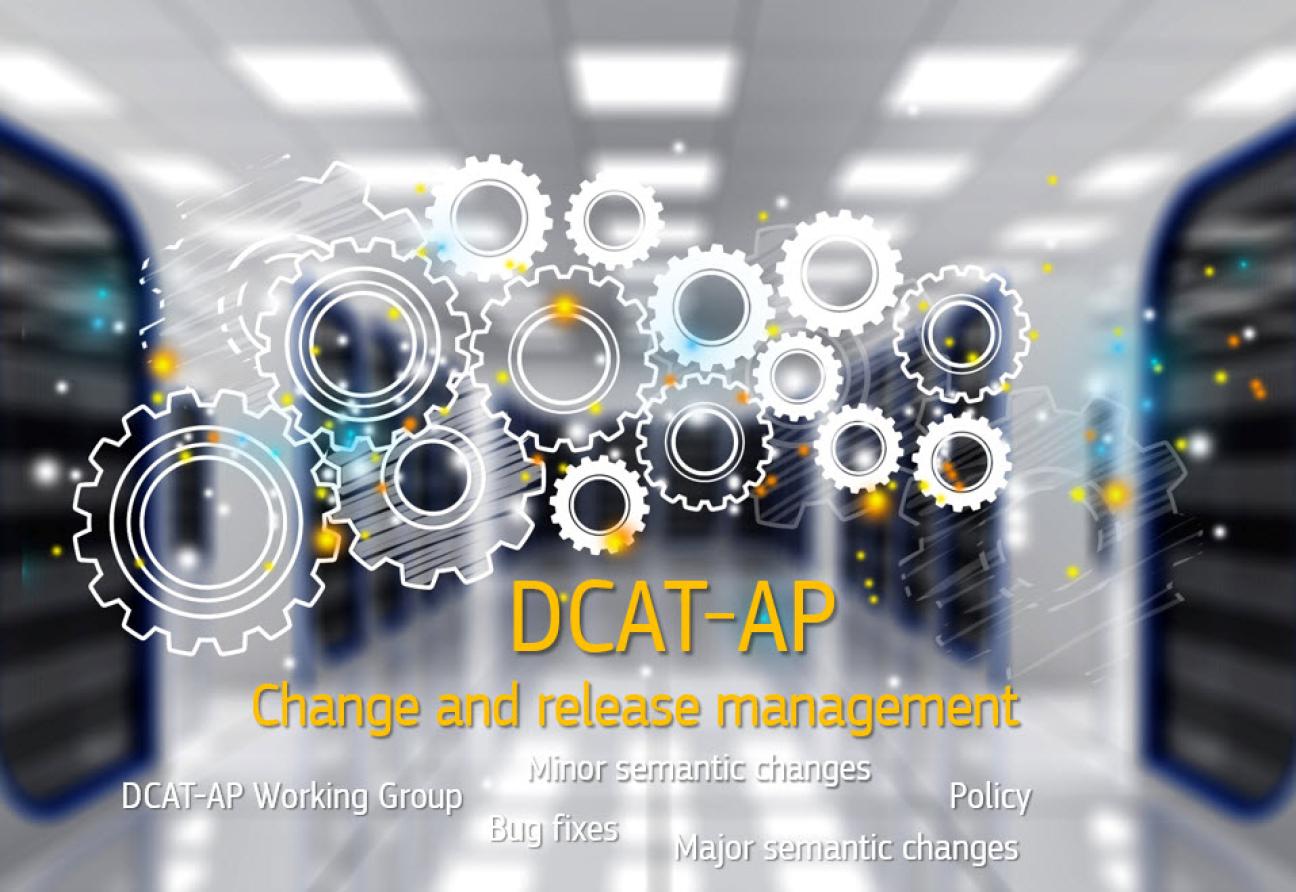 The DCAT Application Profile for data portals in Europe (DCAT-AP) is a specification based on the Data Catalogue Vocabulary (DCAT) developed by W3C.

This application profile is a specification for metadata records to meet the specific application needs of data portals in Europe while providing semantic interoperability with other applications on the basis of reuse of established controlled vocabularies (e.g. EuroVoc) and mappings to existing metadata vocabularies (e.g. Dublin Core, SDMX, INSPIRE metadata, etc.).

Also, DCAT-AP provides a common specification for describing public sector datasets in Europe to enable the exchange of descriptions of datasets among data portals.

The maintenance of DCAT-AP follows its own Change and Release Management Policy.

The policy distinguishes three types of changes for the DCAT-AP specification according to their implications for interoperability: bug fixes, minor semantic and major semantic changes.

Bug fixes: First of all, the specification may contain errors in the text or unresolved references. These types of errors will not affect interoperability in any way.

These errors may be corrected in a ‘bug fix’ release on a six-month schedule – every May and November, if not combined with one of the following types of releases. This type of release will not be published if there are no change requests for this category.

Minor semantic changes: Secondly, there may be a need for changes that do affect interoperability but only in non-disruptive ways. Examples include the addition of optional properties or ‘deprecation’ of unused, optional properties.

These changes may be made on a yearly schedule – every November, if not combined with the following type of release. This type of release will not be published if there are no change requests for this category. If it is published, it will also include any bug fixes, if any were requested.

Major semantic changes: Thirdly, there may be a need for changes that have more serious consequences for interoperability, such as the addition of mandatory properties or changes in the mandatory controlled vocabularies.

These changes only occur once every two years in November. This type of release will not be published if there are no change requests for this category. If it is published, it will also include any bug fixes and minor semantic changes, if any were requested.

All stakeholders are invited to become members of the existing DCAT-AP Working Group. This includes various stakeholders like maintainers of national and regional application profiles, developers of solutions that implement DCAT-AP and managers of systems that are built on the functionality of DCAT-AP implementations.

Other types of interested parties may contribute and comment. In this case, they will be invited to join the DCAT-AP Working Group.

The DCAT-AP Working Group will be informed of all releases ahead of time.

Anybody interested to participate in the DCAT-AP Working Group can do so by sharing their comments and change requests via the GitHub DCAT-AP repository.

Any problems encountered, or suggestions for new functionalities submitted as issues on the DCAT-AP repository on GitHub will get classified by the editor and schedule its processing depending on an initial evaluation of severity, and respond to the issue within two weeks, noting next steps as part of the issue on GitHub. At least every three months, the editor will prepare a status report for the DCAT-AP Working Group with an overview of change requests received in each of the three categories. Change requests are taken into account up until a specific moment before a release:

If a change request is opened after this moment, it will not be considered for the upcoming release, but for a future release. The release schedule below starts in January 2018 and ends in December 2019.

All changes in the specification are discussed with the DCAT-AP Working Group to make sure that changes do not negatively impact the operation of implementations and the interoperability across the network of data portals. The changes are publicly communicated.

Next steps for DCAT-AP

Among the 60 items that were discussed prior to the major release, most of them are addressed in the DCAT-AP 2.0.0. However, due to a certain level of complexity and to the fact that more discussion and alignment are needed, certain items have not been tackled. These topics will be taken into consideration in the next releases of DCAT-AP, in line with the Change and Release Management Policy for DCAT-AP. Minor improvements and bug-fixes will take place in the course of 2020.