The "CyberReadyGame" is an awareness-raising board game developed by the European Commission's Directorate of IT Security, part of the Directorate-General for Informatics (DG DIGIT). The aim of the game is to pass specific cyber knowledge from experts to non-experts by creating mixed teams and by engaging in various scenarios. It is easy to adapt to all age groups and roles. This approach offers a good learning method to upskill on cyber security awareness in both technical and non-technical matters, learning from each other through play while also creating possible future communities of practice. By following the below design, a good facilitator can organise it in his or her own ecosystem.

How does it work?

The time to play depends on the number of team members, but it is estimated that a minimum of 30 minutes is needed to complete the game. Anybody can play it, and there is a minimum of four players. You need a facilitator with good understanding of cyber security, and potentially one or two IT security experts or enthusiasts but this is not mandatory. The facilitator sets the tone and employs the scenario that fits best the players. 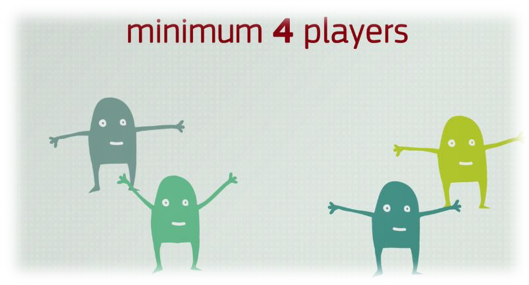 Players are split into two teams: Blue Hat team (defenders) versus Red Hat team (attackers). Each team receives the same scenarios, but are given different tasks. The game is facilitated by a trainer.

Below is a checklist of step one and step two in order to organise a round of CyberReadyGame play.

You are the "Blue Hat" team trying to respond to a situation in your organisation. Please:

You are the "Red Hat" team trying to hack an organisation. Please:

Step 2: Round of play

Examples of keywords used in the game

Examples of scenario (to be tailored and updated by the facilitator)

1. Imagine your organisation is a public transport provider. You just got hacked and 100 buses stopped working in different city stations. In your team, consider:

2. Imagine your family has five devices connected to the internet. One day, the police knock at the door saying that all your devices were part of a network of serious online crime. In your team, consider: