All over the World, cities are redefining models of interaction with citizens, to provide more information about public affairs and important decisions, but also to get more involvement and participation from different communities. Lisboa Participa is the name of the project developed by Lisbon municipality since 2008 with the main goal of reaching out every citizen that live, study or simply visit the city through a multi-platform solution implemented by Lisbon’s municipality services.

The main inspiration for the project was the participatory budget in Porto Alegre, Brasil, the first to be implemented worldwide and a success case for involvement, participation and citizens empowerment in public administration, recognized by the Lisbon City Council’s Executive and also by other large cities in the world.

Following this example, that set the best practices for participatory budgeting worldwide, Lisbon became the first European capital to implement a similar initiative, in a truly binding system, although with a specific context, methodology, stakeholders and objectives. 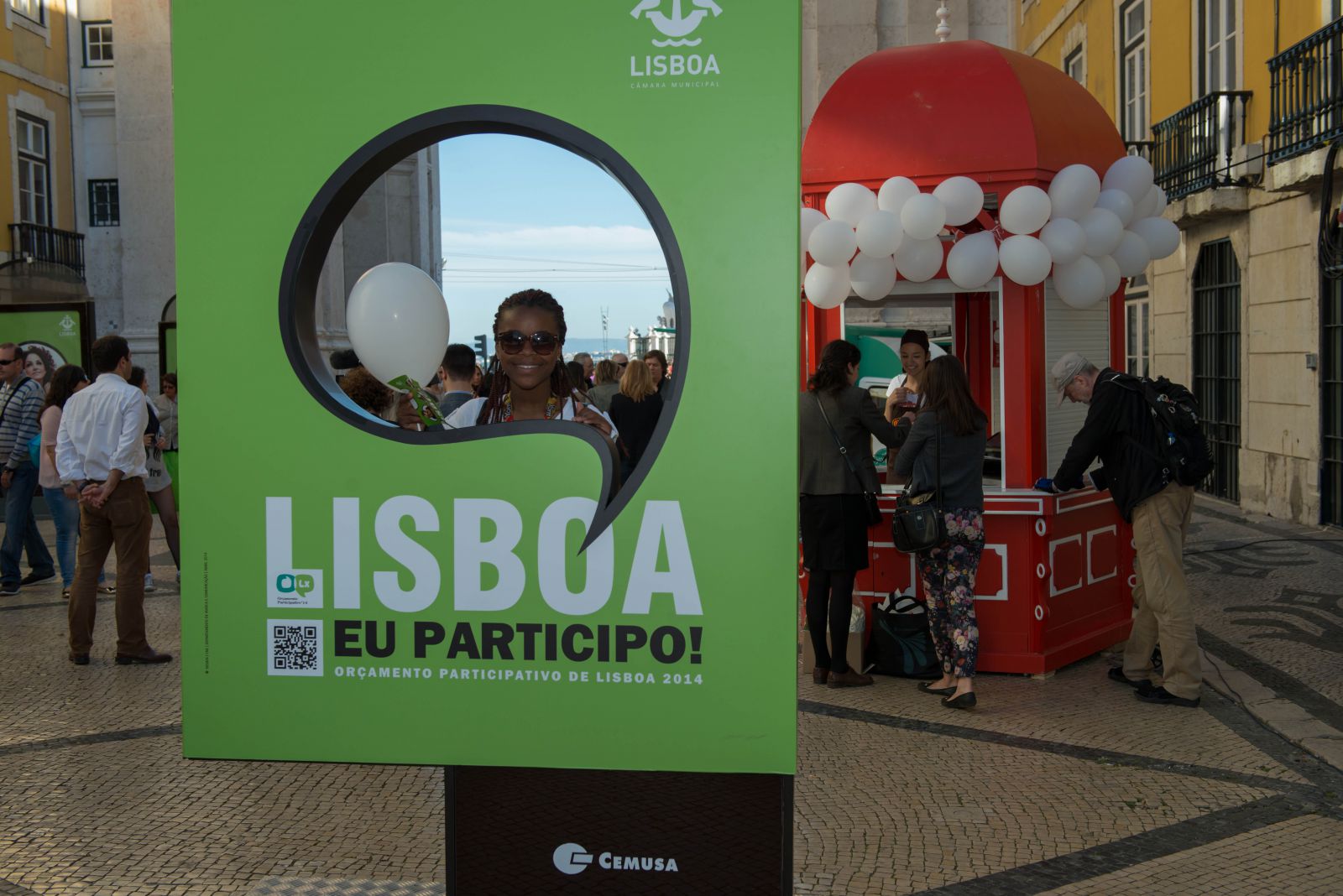 The first experience was put in place in 2008, starting with a national and international research for benchmarking, but the city’s executives decided to enroll for a specific model, innovating in the way the Participatory Budget included all the territory and all the areas of competence of the municipality, but also key players from all the municipal services.

Now in the ninth edition, the Participatory Budget’s impact has been growing strongly in the number of projects submitted by citizens and votes, creating communities of interest to better distribute a yearly budget of 2.5 million euros.

Since the beginning of the project, more than 26.443 million euros were invested in 88 projects, with 5.208 projects presented and nearly 180 thousand votes.

Lisboa Participa is recognized as an important element in stimulating citizens' participation in Government and city life, and a tool that encourages innovation, entrepreneurship and the emergence of a crowdsourcing phenomenon, in which participation in problem solving and solutions to improve services and structures of the city.

Lisbon City’s executive wants to involve every citizen in the development of strategies for a better environment to live, study and work. Knowing that the role of a municipality is to involve all actors in the city in a common strategy to promote innovation, employment, social inclusion and civic participation, the executive decided that it was important to put into practice a new strategy that could stimulate a paradigm shift: transform the logic of public services from a perspective that looks at the citizen “as a client" and transforms every citizen in a “co-producer and partner".

The web portal is a gateway to all the different participative initiatives promoted by the municipality of Lisbon, taking advantage of the communication and interaction tools provided by internet and mobile services, allowing to increase the level of participation to numbers previously impossible.

In Lisboa Participa citizens can send suggestions and contributions, offering the right conditions to promote their ideas and projects to develop a better quality of life and general well-being in Lisbon, and becoming a smart city. The original idea was also to promote an open data project and give access to a very rich repository of information about the City, and the Municipality, to increase transparency of its activity and encouraging creation of services and products that are useful to respond to the challenges Lisbon City faces.

Lisboa Participa is a very open project, aiming to reach all people that live, work, study or simply visit the city, at least for a larger amount of time. And the target is broad enough to embrace even the usually excluded from politic participation, as the elderly, pensioners, students and low-income residents.

Portugal’s capital city has more than 550 thousand inhabitants and is the largest city of the country, but 2.8 million people live in Lisbon’s urban area, travelling to the center every day to work or study, or to access the main services.

The diverse profiles of target users are one of the reasons the team decided to implement a multi-channel approach, combining online and face-to-face initiatives, involving a multistakeholders process, with other local authorities and different city services engaging in the initiative.

The number of projects presented each year, and the number of votes, increased gradually, reaching 51 thousand in the ninth edition, in 2015.

After the decision to implement a Participatory Budget, the team developed a national and international benchmark to define the best model for Lisbon, specially because the local government executive decided for a truly binding budget, including all the territory and the different areas of competency.

Every year a multidisciplinary team is set up to define standards, the calendar and other bases for the Participatory Budget, coordinating all the areas and also internal and external actions developed.

From the beginning of the process, citizens have total liberty to present theirs proposals, supporting their claim with the documents they find useful. In a second phase there is a technical analysis, by the different municipal departments according to the areas of competence. If they comply with regulations, the ideas are then adapted to Projects.

In the third phase, Projects are submitted to citizen’s vote to decide the winning ideas. There is a very competitive process, that contaminates communities’ of interest, and the project with more votes are then included in the Municipal Budget and Activity Plan, reaching up to 2,5 million euros, supported from the City budget.

From the development of gardens and sports areas, to better accessibility, the ideas of the projects presented to the Participatory Budget are very different, generated by singular citizens initiative’s or local groups and communities.

The project involved the creation of a platform to simplify citizen’s participation with transversal access to all municipal services. The platform developed has a back office with multiple levels of access for the coordinating team Interlocutors of the municipal services, Councilors’ offices and other local authorities, that provide the technical analysis, and a specific area for voting. The technology is proprietary tailored to the municipality needs.

The project team has no doubts to consider Lisboa Participa a successful project, because of the high engagement in voting and the quality of the projects presented. And the satisfaction of participating citizens is named to be high, as they can see that their effort has results.

Since 2008, there are 88 winner projects being implemented in the city, covering very different areas of interest and the mobilization for voting has been growing, with citizens recognizing the importance of participation.