Over the last five years, more than 1200 datasets have been published on the open data portal of Greater Helsinki, comprising the Finnish cities of Helsinki, Vantaa, Espoo and Kauniainen. According to the City of Helsinki, just opening up the data has resulted in 1-2 percent savings. Making lots of our city purchase data public has opened up a new view for citizens into city administration, and it increases people's trust toward the city and its officials, said Tanja Lahti, the project manager for the Helsinki Region Infoshare (HRI) service.

There is power in the masses

According to an article published on the 'Design Stories from Helsinki' portal, the cities had already collected huge amounts of information on the city and its citizens, but previously this was utilised only by civil servants in decision making and designing services. Cities now have recognised that others can create services for citizens too, sometimes even better: New ideas are more likely to be born if thousands of citizens pick apart the data in addition to the city's information service employees. There is power in the masses. 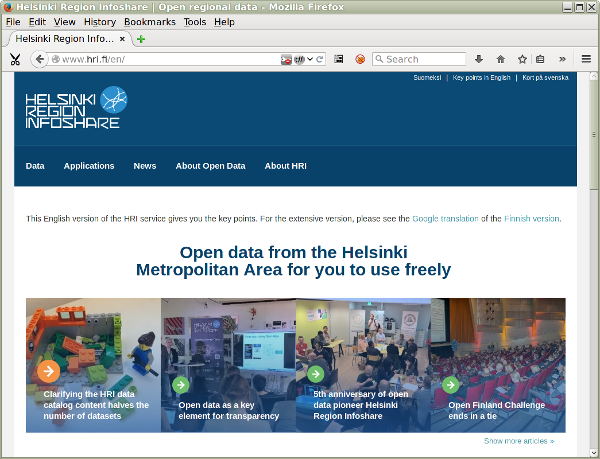