This is the fifth of a series of five studies exploring the sustainability of open source software communities in the public sector.

Oskari is an open source software designed as a framework that can be used to easily build web mapping applications, showcase geospatial data, and further analyse such data. The distributed Spatial Data Infrastructures used in Oskari enable public administrations and other bodies to share their spatial data and work collaboratively. Additionally, Oskari supports the Directive 2007/2/EC of the European Parliament and of the Council of 14 March 2007 establishing an Infrastructure for Spatial Information in the European Community (INSPIRE) and OGC standards.

The INSPIRE Directive aims to create a European spatial data infrastructure for environmental policies by enabling the sharing of spatial data related to environmental impacts between public organisations. Following its adoption in 2007, Oskari was launched by the Finnish National Land Survey (NLS) in 2009 to establish a geoportal to host information about the Directive and various required datasets, showcase existing tools and provide documentation to support public sector bodies in implementing the Directive. The establishment of Oskari can be understood as a direct response to the implementation of the INSPIRE Directive.

Today, the Oskari open source software solution provides a user-friendly solution for web mapping to help public organisations offer better digital services to their citizens. Currently, about 40 organisations are involved in Oskari’s development. Although the project originated from within the public sector, the solution is now used in several public and private organisations in Finland and abroad to support geospatial projects.

To learn more about the sustainability of Oskari, OSOR spoke to the Geographic Information System Expert at the National Land Survey of Finland, Timo Aarnio who has been working for the NLS since 2012 and is in charge of the technical coordination of Oskari. 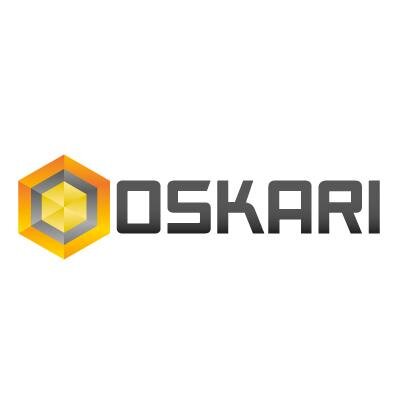 COMMUNITY AT A GLANCE

Initially, Oskari was designed as a geoportal to host information about the INSPIRE Directive, datasets and documentation to support public administrations in the implementation of the Directive. As existing market tools were deemed insufficient to meet the requirements of the Directive, the NLS of Finland decided to develop software in-house using innovative development methods, such as Agile and SCRUM methodologies, and existing open source resources.

The development model incorporated the use of external consultants as part of the development team, working alongside internal employees of the NLS. However, the coordination of these efforts remained internal. Oskari was built with Java and Javascript on top of existing open source tools such as GeoTools, GeoServer, OpenLayers and PostgreSQL, among others. The software tools and production servers are run on Linux and all of the source code was released in 2011 under MIT and EUPL Licenses on GitHub.

Oskari supports multiple languages for the full version, including English, Finnish and Swedish, and almost a dozen more for a limited set of functionalities. Oskari is compatible with all major web browsers such as Firefox, Chrome, or Safari.

Today, over 40 organisations from both the public and private sector are involved in Oskari. Some of the main contributors include the Finnish Transport Agency, the City of Tampere, Statistics Finland, the City of Joensuu, the National Land Survey of Iceland, and the National Land Survey of Moldova. The municipalities that use Oskari rely on the solution mainly for spatial data and city planning. Larger cities, such as Tampere, actively contribute to the development and sustainability of Oskari by developing new features as they need them. There is no one body with responsibility for spreading the word about Oskari – the entire community takes responsibility for stakeholder engagement and promotion activities, thus helping to ensure that Oskari can reach a wider, diversified audience.

Initially, the funding required to develop Oskari came from the budget of the Ministry of Agriculture - the funding entity of the National Land Survey. However, once other public administrations became interested in using Oskari, they started contributing to the budget. Currently, the yearly fee is set at EUR 5,000 for each of the organisations working with the Project Steering Committee. Additional funding has come from the private sector. As Oskari continued to progress, private companies expressed an interest in the software and eventually contributed financially to its development. However, the continued development of Oskari solutions and provision of support for public sector actors proved to be a highly contentious issue for private sector companies as they felt that the NLS was generating unwanted competition in the public sector. As a result, the NLS no longer develops projects specifically for the public sector; rather, they simply provide support and software maintenance when it comes to Oskari. In addition to private sector funding, a couple of projects were funded by a grant that Oskari received from Eurostat.

The INSPIRE Directive entered into force in 2007. It aims to establish a spatial data infrastructure in Europe to ensure interoperability between databases and to facilitate the dissemination, availability, use and reuse of spatial data. This Directive is the driving force behind the Oskari project, which was launched in 2009 by the National Land Survey of Finland. The initial goal of Oskari was to provide a geoportal with information, datasets and documentation to support public bodies in the implementation of the INSPIRE Directive. Considering that market tools didn’t fully address the needs of the Directive, the NLS decided to develop an in-house tool.

Following the launch of the software, other governmental organisations showed interest in having a geoportal on their websites. This interest led to the release of Oskari as an open source software solution in 2011.

Timo Aarnio joined Oskari in 2012 as a product owner for one of the software’s features. Over time, his role evolved to that of a lead product owner and community coordinator for the network of 40 organisations involved in the project. In 2014, approximately 10 more members joined the Oskari community, mostly from the public sector. That same year, larger projects involving the use of Oskari were launched. They included dynamic thematic mapping in order to rapidly build shareable thematic maps, further development of the basic Oskari functionality, and Remote Procedure Call (RPC) APIs to provide support for integrations to existing systems.

As Oskari began to grow, there was a need to define clearer roles and responsibilities for developers working within the community and to establish a governance structure. In 2014, the Collaborative Oskari Network was founded, and in 2016, a Project Steering Committee was created for technical discussions, consisting of nine organisations working at the core of the project. The Project Steering Committee formed part of the Oskari team’s application for an OSGeo membership, which is ongoing. OSGeo, the Open Source Geospatial Foundation is a non-governmental organisation founded in 2006 to support and build an open source software offer in geomatics.

In 2017, Oskari began retailing software support to private companies and selling hosting, services and development. Since 2019, users looking to gain more expertise about Oskari have been able to access training courses delivered by a private company.

The Collaborative Oskari Network has been growing at a steady pace over the past few years. From 10 members in 2014, it has evolved to include 40 organisations today. The spread and development of Oskari in public and private organisations is testament to its success. Having started as the Finnish Geoportal for the INSPIRE Directive, Oskari can today be considered as a global solution for enabling multipurpose web mapping applications. According to Timo Aarnio, Oskari has met and surpassed its initial objectives and can be viewed as a sustainable open source project. This sustainability can be attributed to four key elements:

Aside from the importance of funding, technological maturity and communication, Timo Aarnio had additional insights to share regarding the lessons learned in relation to the sustainability of open source software in the public sector.

Firstly, Oskari is a project born within a public organisation, but over time, it branched out to the private sector. This diversification brought challenges in 2014 as some private companies felt that Oskari was using their work and contributions to develop new services for public administrations. This issue was resolved by adapting the services provided to public sector bodies. Oskari now simply supports the implementation of Oskari-based solutions in public bodies rather than developing code specifically for them.

Secondly, community building has been a challenge for Oskari. Timo Aarnio reports that commitment of both individuals and organisations has been unequal over time. The management of these varying levels of commitment in a long-term project has proven difficult. Timo Aarnio suggests that administrations should launch longer-term projects that focus on ensuring steady contributions and funding rather than planning one- or two-year-long engagements. Shorter projects are more likely to struggle with sustainability over time.

Finally, Timo Aarnio highlights the importance of the project lifecycle in the development of a new open source project in the public sector. It must be clearly disclosed to all stakeholders that such projects are long-term commitments. According to Timo Aarnio, in the public sector, people are used to projects that are shorter in length. However, developing an open source software solution is not solely about achieving a complete version in a couple of years but also about maintenance, continuous upgrading, and the development of the software. Therefore, it is crucial to have high-level commitment within public organisations in order to foster the long-term benefits of using open source software.

For information regarding the policy context of the use of open source software in the public sector in Finland, please consult the respective Country Intelligence Report and its corresponding factsheet. It includes a detailed overview of the political actors, strategic players, political and legislative initiatives, and general public sector open source software initiatives in Finland.