The developers work on government projects that are hosted on GitHub. However, they also commit patches to well-known open source projects, including OpenDNSSec - helping to secure Internet domain names, TheHive project - a system to help manage cybersecurity incidents, and several components developed by Mozilla, the data-mining study shows. 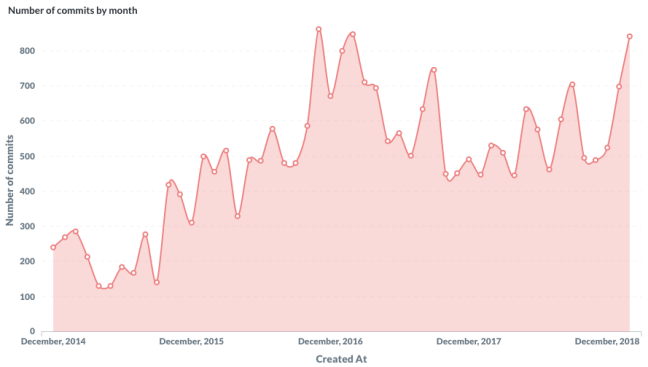 The analysis (published in April) was done by Antoine Augusti, a software engineer at Etalab, France’s opengov and opendata unit. He studied the public commits logs, looking for code pushed by authors who were registered with a gouv.fr email address.

In France, developers working for public services are permitted to contribute to open source software projects relevant to their work.

According to his analysis, the number of software developers working for France’s public services who contribute code to open source projects hosted on the GitHub code repository has increased from a handful in 2015 to about 60 at the end of last year. “The data is missing a lot of people,” Mr Augusti writes. The data he looked at shows, for example, code commits in January this year by just 66 people with a gouv.fr e-mail address.

“That is just about one third of the nearly 200 developers that work at the French central government’s IT agency, DINSIC,” he explains to the European Commission’s Open Source Observatory. Not all developers working for the government have a gouv.fr email address, and others push commits to GitHub while logged in with their private email addresses.

On his blog, Mr Augusti explains that knowing more about government involvement in open source is very useful. It helps in finding out know where code is published, getting in touch with fellow developers, building a list of commonly used software, and knowing which open source software solutions the government contributes to.