Netwerk Democratie, the Dutch Ministry of the Interior and Kingdom Relation’s programme for “Democracy in Action”, and the Interreg Like! project of the European Regional Development Fund partnered to publish a guide on local practices of digital democracy. The publication provides guidelines, checklists, and case studies stemming from initiatives in Dutch municipalities that rely on open source solutions to improve their digital participation processes. 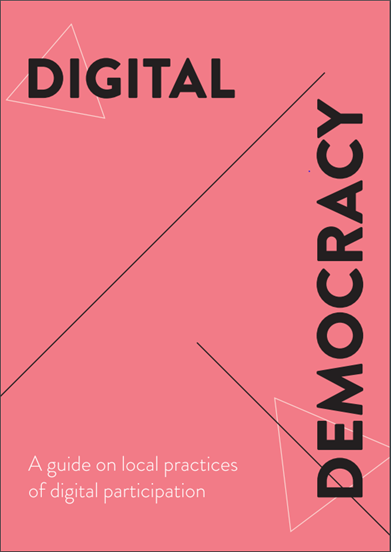 Since 2017, Netwerk Democratie has been working to strengthen local digital democracy across the Netherlands. To do so, Netwerk Democratie has focused on sharing knowledge by acquainting Dutch municipalities with existing digital participation tools developed across the globe, with a specific focus on open source solutions. Local governments in the Netherlands have now implemented and developed open source tools of their own to involve citizens in the decision-making process. The Digital Democracy guide leverages on these experiences to provide guidance on the implementation of digital participation practises, with the hope “that it will inspire both municipalities in the Netherlands and abroad”. Consisting of three chapters, the guide provides insights on obtaining and fostering internal support, designing a successful participation process, and using democratic technology.

The City of Amsterdam has been using, developing, and contributing to various open source projects ranging from Open Data APIs to an end-to-end solution for 360° panorama processing. Among the city’s projects is OpenStad, a project dedicated to fostering collaboration between Amsterdammers and the municipal administration through innovative technological tools. OpenStad is a participative platform for residents to co-create and develop projects in their neighbourhoods. The source code for OpenStad is available on GitHub.

Various Dutch municipalities have adapted and deployed their own open source version of OpenStad to use in their communities. The Hague, for instance, uses the tool for residents to indicate areas in their neighbourhoods in need of refurbishing.

The City of Groningen chose the open source software Consul to foster digital democracy and give residents a voice in the municipal decision-making process. According to the Consul website, the solution is a citizen participation tool for an open, transparent and democratic government that has been used in over 30 countries. It can be implemented for various participative processes including citizen proposals, debates, participatory budgeting, and voting. It is fully open source and available on GitHub under an AGPL 3.0 license.

The Groningen Coöperatieve Wijkraad (Groningen Cooperative Neighbourhood Council), composed of 11 residents and 6 councillors from the municipality, used Consul to build the participation platform Stem van Groningen (Voice of Groningen). The participation platform is also available on GitHub under an AGPL 3.0 license. Stem van Groningen allows residents to submit ideas and vote for their favourite proposals to be implemented in the city. A specific budget is allocated to the residents’ proposals and they can deliberate on its use through the platform. Proposals that win the support of residents are then implemented by the municipality, where possible. Other Dutch cities have followed Groningen’s example and developed their own version of a Consul-based platform to foster digital democratic participation.