One year ago, in July 2020, Ireland’s COVID tracing app was released, which is based on an exposure notification system, a tool used against the spread of COVID globally. It was popular nationally and became the source code to the Linux Foundation’s COVID Green project. This open source alternative has spread to the USA and other countries in Europe. 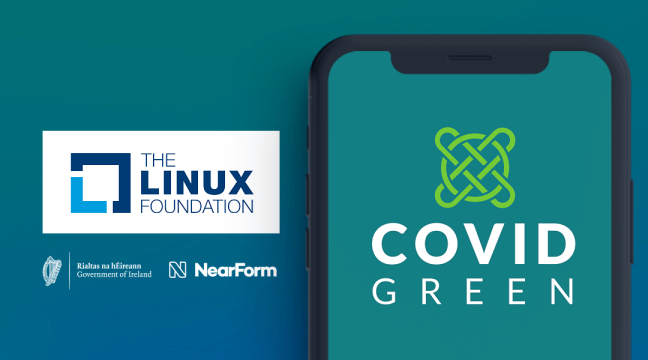 Within the first eight days of the Irish COVID tracing app’s publication in July 2020, it was downloaded 1,3 million times (out of a population of 4,9 million people including children). The app works like any other COVID tracing app: by registering the information of users within 2 metres of each other for a period longer than 15 minutes. The newspaper the Guardian has previously compared these digital keys with “digital handshakes”.

The app was part of the first wave of the three national apps in the EU that was able to exchange information even if the user crosses borders, in this case between Ireland and Northern Ireland (this is linked to the European Interoperability Gateway). Ireland’s COVID tracing app was first, together with the apps from Germany (Corona-Warn-App) and Italy (Immuni), as stated in a press release of the Health Department in Ireland in October 2020. Behind the code is the company NearForm, which released the source code on the open source MIT license.

Less than a month after the release of Ireland’s COVID tracing app, the Irish Health Service (HSE) announced that the app was one of the first projects in the newly established Linux Foundation Public Health Initiative. The source code behind the Irish app is now available under the name COVID Green and still managed by the developers at NearForm. This time under an Apache 2.0 license.

COVID Green is used in Europe and in the United States. A press release on the website for the Irish Health Ministry contains a list of the states using the COVID Green in its entirety or partly by October 2020:

In May 2021, Jenny Wanger from TCN Coalition wrote an article on ‘Exposure  Notification Technology in the US: One year reflection’. She finds that the challenges of the apps are a lack of common deployment guidelines, a lack of a unified strategy and marketing, which leads to low adoption rates. Overall, the lack of time, staff, and attention are primary bottlenecks. Open source codebases have proven more cost-effective than their proprietary alternatives, and they can still make a difference in lowering the number of COVID cases globally.