Many more opportunities for its customer relationship management software

Ireland’s police force, An Garda Síochána, is tentatively considering using the open source version of SugarCMR for more of its web services. The police force has been using the software for its eVetting project since 2013, after comparing its costs and support options with proprietary alternatives. 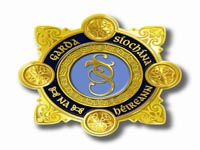 The police force’s IT strategy is to consider open source alternatives.

“We’re not very experienced with this kind of software, but we’re now hoping to utilise this more”, explained Ray Pierce, who works at the Garda Síochána. “The software is very flexible and scalable, and out-of-the-box easy to use. You can do basically everything.”

The police also appreciate the powerful search options, and praised the user-friendliness of the software. “We still don’t have a SugarCRM strategy in place, but seeing the many islands of information in the police forces, we see many opportunities”, Pierce said.

Pierce was one of the speakers at the Open for Business conference, which took place in Dublin (Ireland) in early March. The annual conference is organised by the Office of Public Works and the Local Government Management Agency.

On request, the police vets personnel in organisations that have unsupervised access to children or vulnerable adults. Vetting has been made mandatory as of April, and the volume of requests is increasing, Pierce said. The process, which previously was paper-based, has now been streamlined with two web portals, one for applicants, and another for registered organisations.

Someone might like to let An Garda Síochána know that SugarCRM Community Edition is a dead-end product that was abandoned by SugarCRM nearly 3 years ago. If they are serious about open source CRM, then they should be looking at an active project like http://www.suitecrm.com. The big challenge with Community Edition today is security. Today it contains 40+ serious vulnerabilities (if you don't believe me ... run a code scanner on it ... the output does not make pretty reading). Goodness knows what it's going to look like in 18 months and in 12 months time there will be no more updates from SugarCRM ... none.

It's a dead product walking and should not be included in an open source strategy by any sensible organisation never mind an organisation for whom security ought to be paramount.