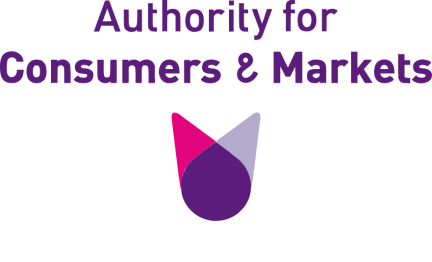 The Dutch Authority for Consumers and Markets (ACM) has upheld its decision not to investigate allegations that several municipalities in the country are unfairly competing with software companies by publishing source code as open source. The software in question, ID Contact (repository), is an innovation pilot developed by the municipalities of Arnhem, Nijmegen, and the Drechtsteden, which allows residents to securely identify themselves remotely and exchange personal data. ID Contact has a focus on ease-of-use and reliability. Because it is Open Source, other companies and municipalities can build upon it.

On November 8, 2021, Bloqzone, a company that developed a similar solution, filed a complaint with the ACM alleging that the municipalities were not passing on the full costs of the product to buyers, thereby putting Bloqzone at a disadvantage. However, the ACM stated that it has limited capacity to conduct investigations and must prioritise its efforts. The regulator determined that the investigation was not a priority due to the many social benefits of sharing Open Source software and the lack of any harmful consequences for consumer welfare.

Bloqzone lodged an objection to the ACM's decision, but the regulator deemed the objection unfounded, as action by the ACM was not in the public interest. The ACM stated that there are no indications that the proper functioning of the market has been compromised by sharing of Open Source software. The ACM does not agree with Bloqzone's claim that the "Research Publishing Open Source Software" study shows that integral costs must be passed on in order to share source code as Open Source. This obligation arises from article 25i(1) of the Mededingingswet (Competition Act) and is mentioned in the study as a barrier to Open Source sharing by public authorities. As a result, the benefits of Open Source sharing are not achieved. The study therefore recommends exempting Open Source sharing of source code from the Competition Act and encouraging governments to make their source code Open Source, in line with the Open Source policy of the European Commission.

In this context, the ACM also references the government's policy for both central and decentralised governments, which since 2020 has been "open unless". The State Secretary of Home Affairs and Kingdom Relations acknowledged in April 2020 that governments should conduct a cost-benefit analysis to determine whether to offer source code as Open Source. However, the State Secretary for the Interior and Kingdom Relations also recognised that the M&O Act may prevent governments from doing so. He therefore indicated that he would consider the possibility of including an exception in the M&O Act for Open Source sharing of source code, given the benefits of this policy.

In regard to this issue, the ACM also notes a pending bill that aims to exempt Open Source code sharing by governments from certain provisions of the M&O Act. The ACM believes that this bill, if passed, would support the government's "open unless" policy and the social benefits of Open Source sharing. In light of these considerations, the ACM determined that it was not in the public interest to take action against the municipalities in question.

Overall, ACM's decision not to investigate the municipalities' of sharing an Open Source solution highlights the social benefits of this practice and the importance of prioritisation in regulatory efforts. It also underscores the government's commitment to making source codes developed with public funds available to all as Open Source.