The President of the Parliament of Slovenia, Milan Brglez, last Monday unveiled Parlameter, a web-based software solution that displays in the National Assembly voting results and helps analyse them. The software, made available as open source, is developed by ‘Danes je nov dan’ (Today is a new day) an NGO focusing on eParticipation, openness and government oversight.

In addition to visually displaying the results of votes, Parlameter lets users see which members of parliament have taken part in committee meetings and parliamentary sessions. The site also makes it easy to share results on social media, and to embed results in online news publications. 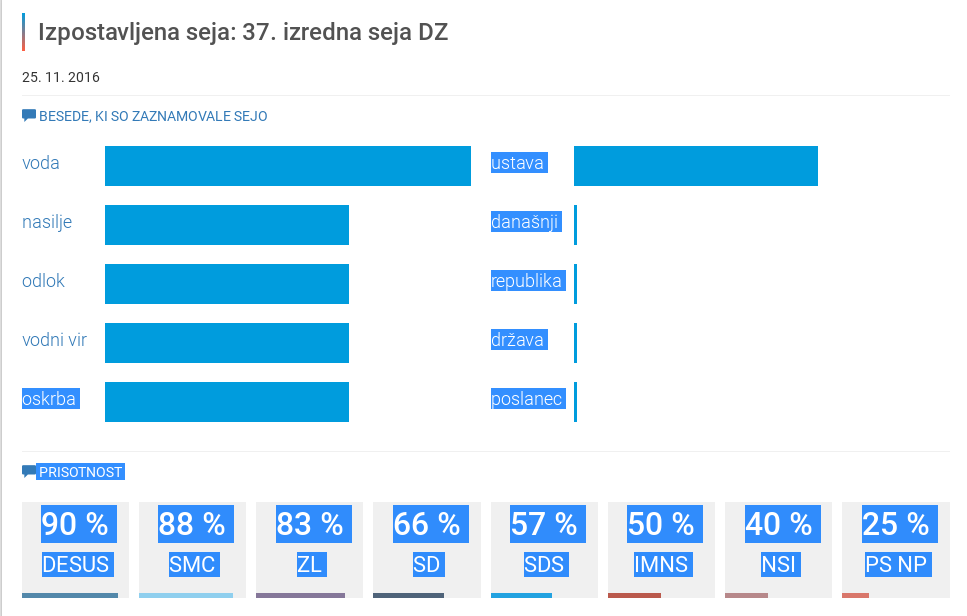 In a press release, ‘Danes je nov dan’ explains that Parlameter is intended to help citizens, journalists, researchers and software developers interested in the National Assembly. The NGO hopes the site will help to the improve openness of democratic institutions, and increases public interest in the democratic process.

In a statement, COKS, Slovenia’s open source advocacy group, says that Parlameter is one of the most advanced platforms for overseeing the work of parliamentarians.