Tablexia is an educational app created to support the development of cognitive abilities. It is designed primarily for children with dyslexia in secondary schools. Originally available only in the two main languages spoken in former Czechoslovakia — Czech and Slovak — Tablexia's latest release now supports German as well.

Tablexia is developed by CZ.NIC Labs, the R&D department of the registry (administrator) responsible for the Czech country-level domain .cz. The software currently contains six games, each of which focuses on the training of one specific cognitive ability: working memory, auditory perception, spatial orientation, visual memory, attention, and visual sequencing.

Expertise on dyslexia and learning disabilities is incorporated into the project by specialists in psychology and cognition. The developers aim to eventually cover all cognitive functions. The Tablexia app is currently being used by a dozen schools in the Czech Republic. 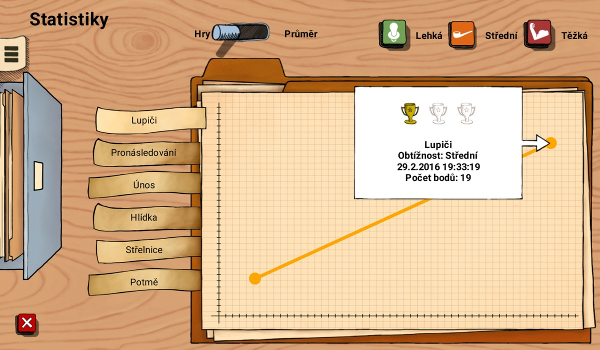 According to Bedřich Košata, Chief Science Officer at CZ.NIC, the brand-new German release of Tablexia is already sparking interest from potential users in Germany. We are also in contact with a group of psychology students from the University of Ljubljana, Slovenia, who want to adapt Tablexia to Slovenian. And we have received a lot of questions about an English version.

Every new language, however, involves a lot of work: dyslexia has different symptoms and causes specific issues in each language, so it is not simply a matter of translating the application.

We have received a lot of feedback from teachers and psychologists who have been using Tablexia for some time now. They tell us that they can see that children are improving after some time using Tablexia. It's not just that they become better at playing the games; there are also improvements in concentration. A lot of children, for example, show improvements in reading comprehension, which is very important for learning in general. Tablexia is also used as a motivation and reward after the children have done some other, less interesting exercises. We plan to do a pilot study this autumn to verify the effects of using Tablexia on cognitive abilities and reading and writing skills.

Tablexia is available for free from Apple's App Store (for iOS) and from Google Play (for Android). The source can be downloaded from CZ.NIC Lab's GitLab server.