After sucessfully introducing the ProZorro portal for public procurement in Ukraine, the people behind it now hope to introduce the platform in at least one EU country. We are currently investigating who may be interested and a good match to implement an e-procurement system based on the ProZorro philosophy, a spokesperson said. We do have some options, but we're not ready to point out in which direction we will go.

The development of ProZorro started after the Ukrainian revolution in February 2014 in a collaboration between the Ministry of Economic Development and Trade (MEDT) and a group of volunteers from civil society. Together they wished to help restore the country by changing the rules of public procurement. With the help of procurement specialists they managed to create a model for cooperation and trust in which civil activists, business and government collaborate in fighting corruption and restoring confidence.

After several setbacks, the ProZorro platform was presented for the first time in February 2015. It quickly gained traction, receiving support and funding for further development and promotion from several sources. In the same year, two crucial supporting laws were passed: the Law on Public Procurement, and the Law on Peculiarities of Goods, Works and Services to Provide the Needs of Defence. In 2016, use of the ProZorro platform became mandatory for all public agents and monopolists in Ukraine.

The ProZorro platform is completely open: after each tender is published, all the relevant information and documents can be seen by anyone. The software is based on the Open Contracting Data Standard (OCDS). which defines a common data model for disclosing data and documents at all stages of the electronic procurement process.

The core of the system — consisting of the Central Database (CDB), and an Auction module implementing reverse auctioning. — is freely available as the OpenProcurement toolkit [1, 2] under the Apache open source licence.

So-called eMalls — web-based marketplaces for e-procurement, not necessarily open source — can be developed at any time by programming against the open API of the toolkit. At this moment 17 eMalls are available for the ProZorro platform. 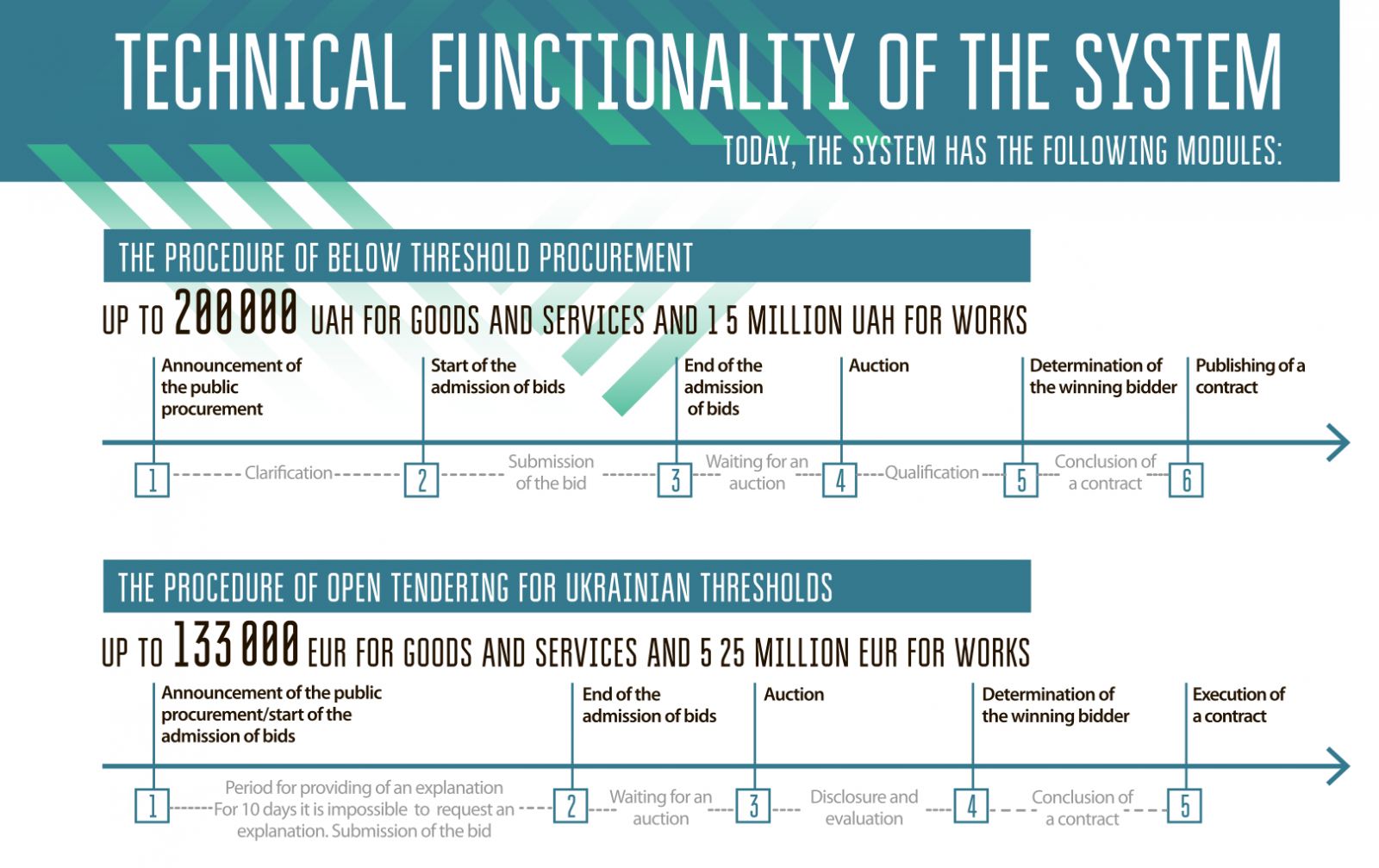