French CIOs share recipe for success of big IT projects 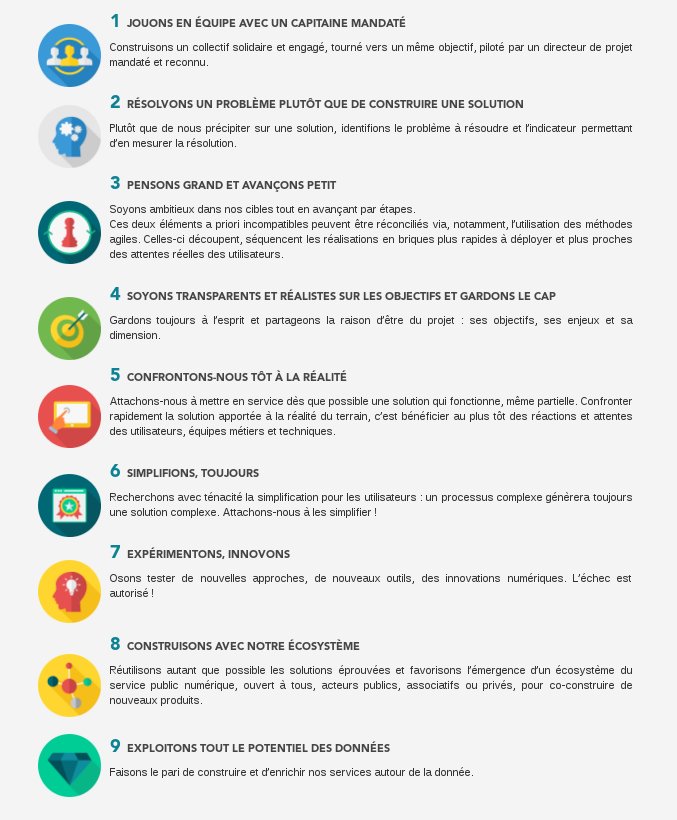 A translation of the nine principles:

Government IT systems can be unusually complex, SGMAP writes in its announcement, published on 3 April. Combined with government’s multi-faceted decision making process, this creates all sorts of risks for new IT projects. So DINSIC, which drives government modernisation and simplification, is sharing the common principles as a way to control these risks.

“These principles place the resolution of user problems, and responsibility of the project stakeholders at the heart of the process”, SGMAP adds. “They will guide the design and analysis of future projects.”

The document, together with best practice examples, will be made available on references.modernisation.gouv.fr.