The Test Bed’s RDF, XML, JSON and CSV validators have been extended with support for multilingualism and translations in all EU official languages.

The Test Bed’s validators are popular components used to support specifications with validation for RDF, XML, JSON and CSV data. They can be used in an “as-a-service” manner, opting for simplicity using Test Bed hosting, or on users’ own infrastructure where full operational control is preferred. In either case, the setup of a given validator is based on common components maintained by the Test Bed team that are supplied one or more sets of configuration to define distinct validator services.

This configuration provided up to now limited support when it came to displaying the validators’ user interface and validation reports in the users’ own language. Each validator used English translations as the default for texts, labels and messages; that although allowing each label to be adapted for a non-English language did not allow multiple languages to be supported at the same time. Moreover, even when supporting only a single language, extended configuration was needed to fully define all texts, including those that were of a general nature and not linked to validator’s target specification. This limited localisation support has thus been problematic, and made more so considering that users often vary widely in terms of language preferences given the typically cross-border nature of the validators’ specifications.

To address these issues the Test Bed team has now published updates for all its validators to greatly simplify non-English and multilingual configurations. Each validator now defines default translations for its labels, texts and messages in all official EU languages, as well as new configuration options to specify which languages are supported and which language is considered by default. When configuring a validator, specification owners can now define separate values for texts such as validation types, options and banners in each of the languages they choose to support. Moreover, overriding default translations per language remains possible in case these need to be adapted to be made more specific for a given validator’s context. The Test Bed’s guides have been extended to document the new configuration options, and to explain in detail how to leverage the validators’ new language support (see the relevant sections for XML, RDF, JSON and CSV validators). 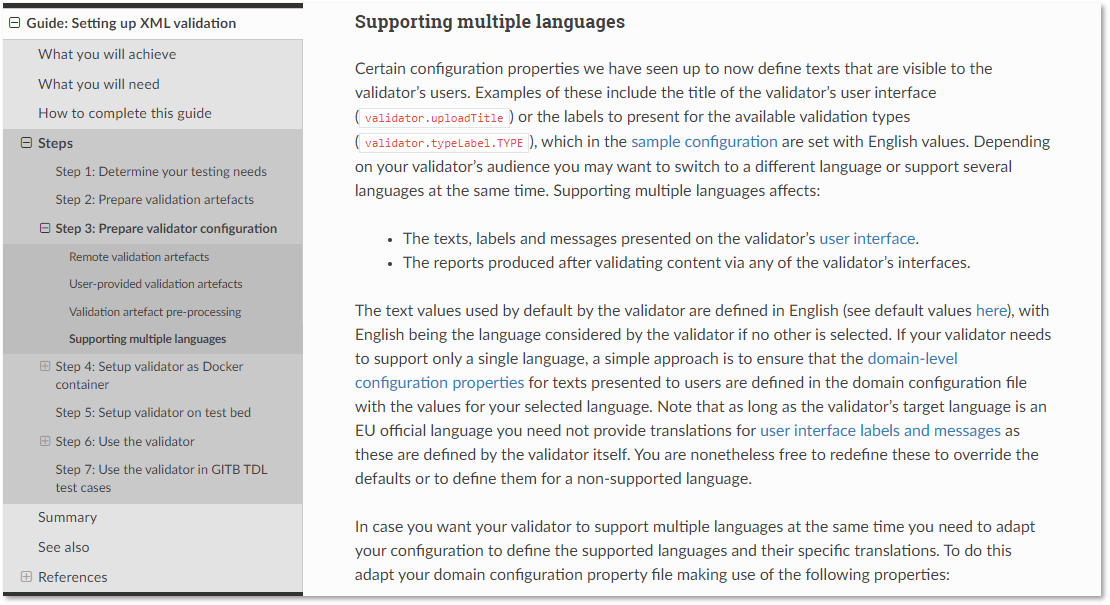 An important point to highlight is that the extended localisation support for validators is only necessary if you require multilingual support. For validators where use of English and lack of multiple language options is appropriate or sufficient, there is no change or added complexity needed. In fact, the new validator releases are fully backwards-compatible to existing configurations.

Taking advantage of the new configuration options, the Test Bed team also published updates for the general-purpose validators it manages to make them available in all official EU languages. These include: 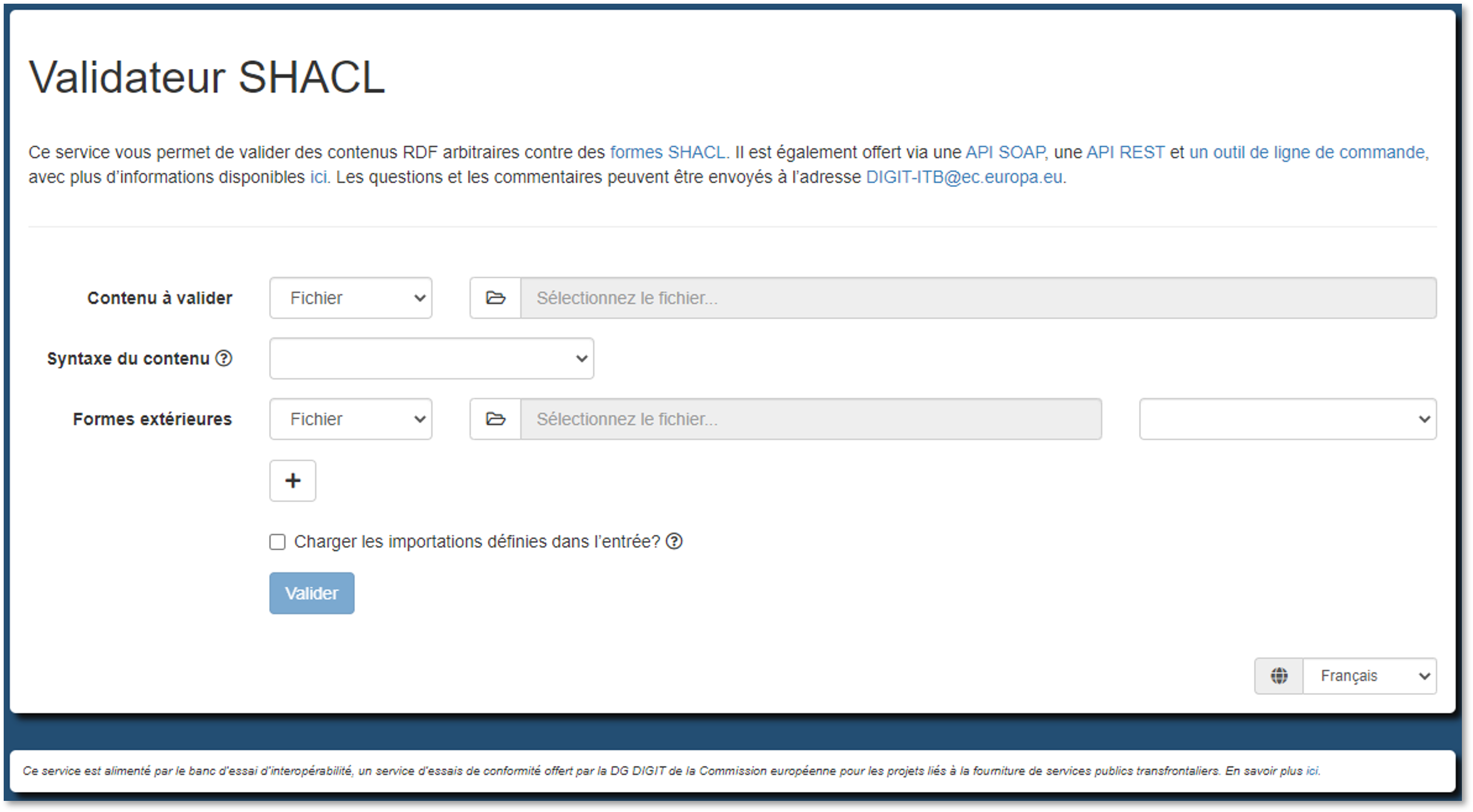 The extended localisation options enhance the validators’ user centricity and simplifies their use when supporting cross-border interoperability specifications. In addition, they extend their reuse opportunities in National contexts as they can now easily be adapted to support country-specific linguistic needs.

If you are new to the Test Bed’s validators but believe they could be useful in support of your specifications, be sure to check the validators’ setup guides (for XML, RDF, JSON and CSV validators). In case you would consider operating one or more validators on your own infrastructure, a good resource is the validators’ production installation guide. Finally, details on the Test Bed itself can be found in its Joinup space with its value proposition being a good starting point for newcomers. To remain updated of all the latest Test Bed news: