Who won over the classroom with Jitsi? 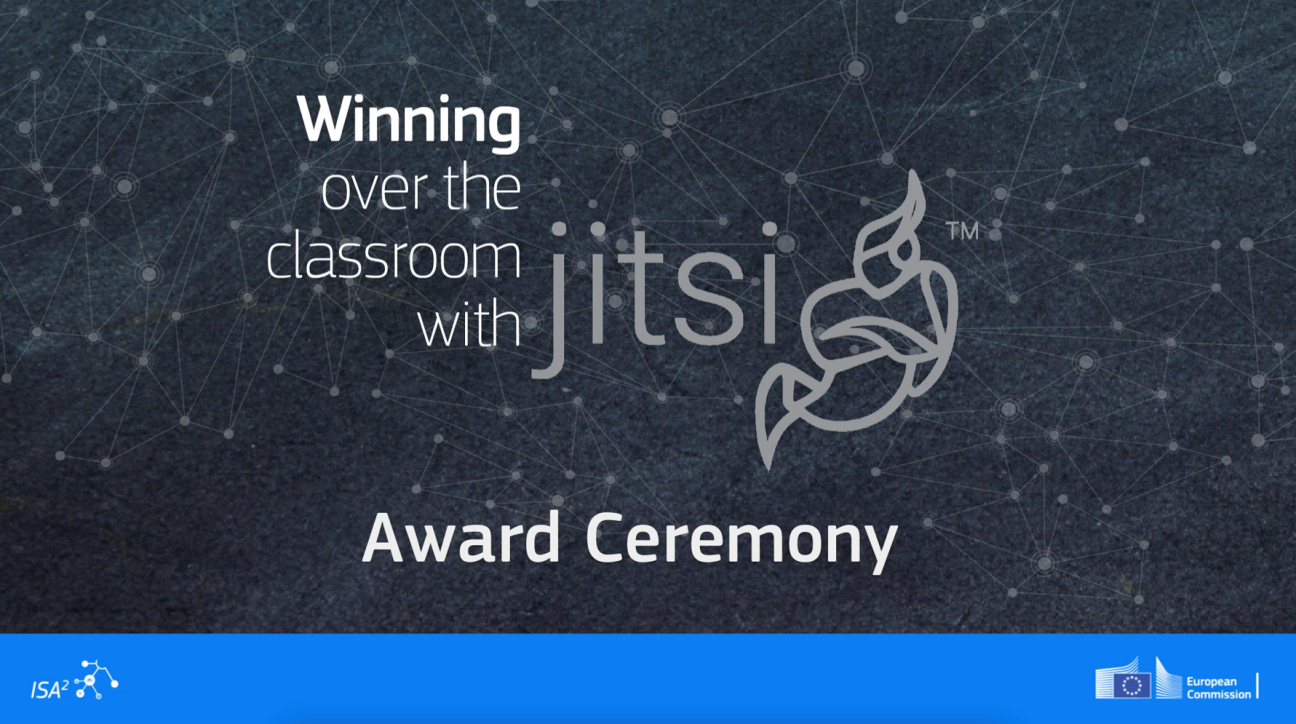 An EU Hackathon with over 150 participants, from 50 countries, submitted 21 projects, 5 winners!

In the last week of April 2021, more than 150 people from 50 countries gathered in an education themed online hackathon called "Winning over the classroom with Jitsi”, sponsored by ISA2 Sharing and Re-use action (2016.31) to develop new features for Jitsi.

Developers, architects, students, teachers, and Jitsi mentors from different countries and time zones worked together for one week in a collaborative online environment. Participants could choose to tackle some of the challenges proposed by Jitsi, or they could create their own ones. In total, 21 projects were submitted, which was an encouragingly high number.

The award ceremony was held on the 10 of May. Emil IVOV, Jitsi’s founder opened the ceremony with an enthusiastic welcome to everyone, saying how excited he was about the outcome of the hackathon:

"This is what I really love about open source, that thing, on a dime, on a moment's notice, we can get so much potential and so much work done with no significant preparation. I really, really love it"

"Open source and this type of hackathon - it is such an exciting and amazing opportunity... the ability we have nowadays to work together no matter where we are sitting, no matter who we are in terms of background. It is amazing to see this unifying power behind open source which brings passionate people together to achieve and contribute with something meaningful."

Miguel DIEZ BLANCO from the organising team and the lead of the Commission's Open Source Programme Office (OSPO) also congratulated and thanked all participants for their amazing contribution and left a reflection for the audience:

Saúl IBARRA, the Jitsi Architect and chief mentor followed, shared his reflections on the hackathon too:

"It was really tough, the quality of projects that I have seen in this hackathon is really, really high!... We've seen a positive response from our community, we've seen our documentation improved, we've seen new engagement in our community; by all means, this was a success! The fact that this adds new features that we lacked in the education space is a really great thing to see!"

After the round of welcomes and reflections from Jitsi and the Commission, selected representatives from the teams had the chance to present themselves and briefly pitch their project.

The moment everyone was waiting for since Emil's early teaser, finally arrived.  The winners were:

The 4th Prize of 750€ went to the JITAS team, with a solo participant: Emrah Eryilmaz. The project relates to using a cloud-based desktop environment to improve the sharing screen experience.

The 3rd Prize of 1.500€ went to the BREAKOUT ROOMS team, with a solo participant: Werner Fleischer. The project is about, as the team name says, breakout rooms, which was one of the challenges proposed by Jitsi.

The 2nd Prize of 2.500€ went to the ORDERED RAISED HANDS LIST team with three participants: Isaac Marco, Ruben Teijeiro and Vassilis Kritharakis. The project is about the ability to see who raised the hand first during a meeting.

The 1st Prize of 5.000€ went to the SIMPLE POLLS team with three university students: Fabien Zucchet, Jade Guiton and Antoine Marras. The project features the ability to create and launch polls within Jitsi for both desktop and mobile.

Apart from the cash prizes allocated to the winning teams, all participants from qualified projects will receive a certificate of participation and a swag bag.

Congratulations to the winners and all participants! Hopefully, some of these new features will be integrated into Jitsi soon.

A recording of the Award ceremony is available through this link.

This hackathon is an ISA2 sponsored component of the Sharing and Re-use action (2016.31), which aims to bring together European Public Services on the subject of open source. The action has four areas of focus: