The purpose of this page is to describe in a general way the metrics and characteristics of each version of ELIS in relation to its population.

ELIS has the following versions:

It is important to note that ELIS is also considering CAMSS assessments. It includes specifications that have been evaluated using the CAMSS method and specifically the EIF Scenario.

This statistical analysis for each of the ELIS versions is responsible for representing the Legal, Organizational, Semantic and Technical (LOST) views of interoperability as a result of the implementation of the European Interoperability Framework (EIF) through EIRA.

The following graphs describe the evolution of the ELIS population process for its different versions, from version 1.0.0 to the on-going version which will be released in the following months.

For a better understanding of the following tables and graphs, please find below a set of definitions that will help to understand and read the images:

Additionally, the ELIS is also available through a SPARQL endpoint (http://publications.europa.eu/webapi/rdf/sparql ), and you can launch the query and retrieve the data. 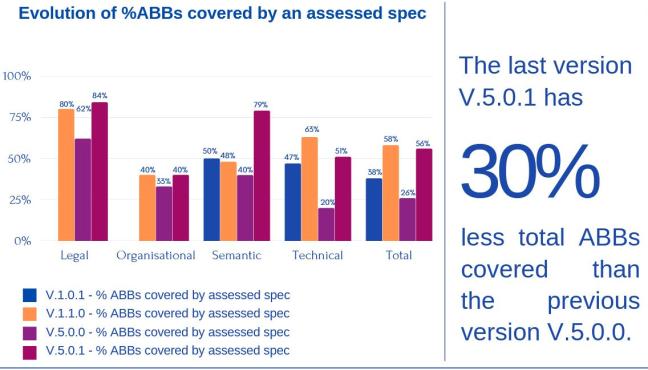 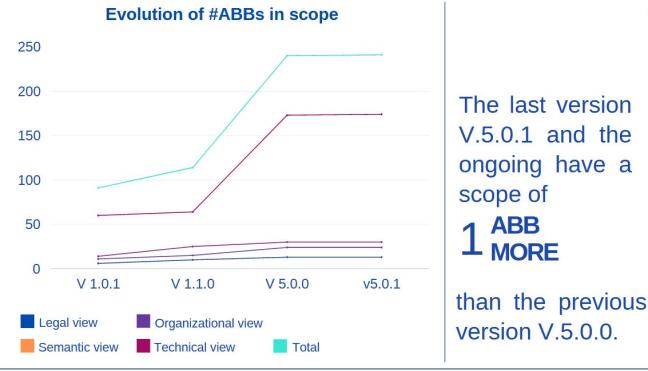 The summary of each version of ELIS has a section with all the data collected and analyzed. You can access them in the table of contents below