Digital Skills in the public sector

Structuring a course on legal interoperability

Legal informatics is on the rise and it is gradually finding its way into European legislatures and governmental agencies. Yet a couple of significant challenges still remain to be tackled. First, interoperability of systems and data sources needs to be ensured on the national and the European level. The second one is concerned with the re-education of public administrators. Or, to put it simply, who shall be responsible to train the various stakeholders, such as lawmakers and other employees in the public service, in the development and operation of legal informatics systems and services? First grade responses to the above challenges offer the European Interoperability Framework and the evolution of Interoperability Academy, respectively. This contribution refers to an innovative approach to structure and implement a course on legal interoperability issues, which has taken place in Greece. 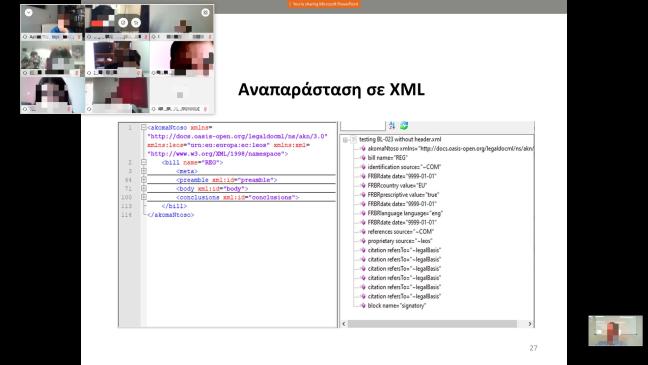 No need to reinvent the wheel – the ESDDA case

With almost no practical examples in place, the National School of Public Administration and Local Government (ESDDA), a part of the National Center for Public Administration and Local Government (EKDDA), took the bold decision to develop from scratch an innovative legal interoperability laboratory. This laboratory builds on other complementary and more general actions by EKDDA that aim to promote interoperability of public services in Greece.

Its curriculum, which roughly corresponds to a half ECTS credit, was optimized for entry level training within the controlled environment of a digital laboratory. No prerequisites were required by the students of the ‘digital policy’ special section, university graduates all of them, although they had already taken classes on open data and digital services. The lab covered both theoretical and practical aspects of legal interoperability during three distinct teaching blocks:

The basic goal of the lab was to provide specific and highly technical education in relation to legal and semantic interoperability. Besides theoretical knowledge on legal informatics and basic ontology concepts, such as ELI and DCAT, open W3C standards have been presented, followed by state-of-the-art data schemes, such as AKN4EU and the ManyLaws scheme. The European Parliament and the US Congress have been used as case studies to prove the necessity of legal interoperability compliant tools and measures. The presentation and use of the LEOS - Legislation Editing Open Software, an ISA² solution, constituted the core of the lab. For this, a full instance of the software was installed, configured and evaluated. The drafting of a Greek presidential decree (proedrikó diátagma) served as a proof-of-concept. 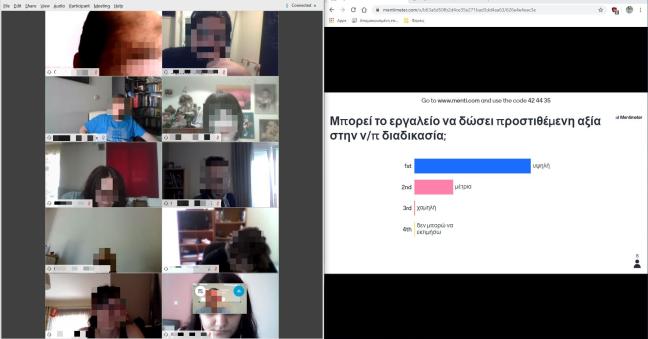 A digital lab in the pandemic

As with many things, the pandemic took the organization by surprise. Without hesitation, the decision was made to provisionally transform ESDDA to an online education provider. Hence, the digital lab, originally planned to be a physical practice space to experiment and interact with interoperability tools, was swiftly changed to a synchronous online course using a demonstration approach. Nevertheless, both unique and encouraging user experience results were captured, useful to any follow-up or alternative course. All students (100%) described the tool’s (LEOS) interoperability level as ‘good’ or ‘very good’. More specifically, the overall user experience was described by 90% of the students as ‘good’. Similarly, most of them (78%) think that this tool can provide high added value to the legislative drafting process, whereas tool configuration (LEOS Pilot v3.0.0 was used) seems to be met with mixed feelings.

A thing for the Interoperability Academy?

This course could be regarded as a proof-of-concept for a relevant item of the Interoperability Academy under the ISA² programme. The fact that the lab has been positively received by the students and the organization as a whole, as well as the nature of the course that can be conducted both on- and off-line, make it an interesting candidate for a future course within the Interoperability Academy framework.